he new financial year promises to be just as challenging as the last few, but one in which we shall see some planned investment come to fruition and we will continue the strategic approach to aligning service to demand.

The first new recruits will hit the beat in the next few months with additional PCSOs to follow soon after. Our prudence in saving for the years ahead and advance budgeting has allowed us to plan for the new recruits to meet officer numbers.

In addition, earmarked reserves are funding new IT infrastructure and replacing our ageing fleet. Work will start on a brand new HQ for West Division to replace the costly Bonny Street station saving around £180k in revenue costs in future years. We begin this year fresh from the latest round of inspections by Her Majesty’s Inspectorate of Constabulary (HMIC) when we were praised for financial management and prudence.

Lancashire was once again named as one of the best forces in the country and the way we engage with the communities we serve and work in partnership on Early Action schemes singled out for praise.

I have taken the decision to increase the council tax precept this year by 1.99% after more than 85 per cent of residents told me they were willing to pay more for the police through this local payment. The increase is equivalent to just 6p per week – or £3.16 a year – for the average band D property in Lancashire, but it will raise an extra £1.3m to help offset some – but by no means all – of the cuts we will face this year. We still face a further reduction in our staffing numbers which by the end of this year will be down by 1,600 since austerity began.

When I was elected, I promised to be the voice of the public in policing. Throughout my term in office, I have carried out regular consultations and asked residents about what is important to them. The same key themes continue to emerge and I have kept them in mind at all times during the budget setting process. I promised you that:

The reduction in officer numbers means it is vital we invest in technology that allows them to maintain the high level of service and visibility in our local communities. New equipment and IT systems enable our officers to work more efficiently and, crucially, spend more time out on the beat – not behind a desk. By continuing this investment, we can make the most of the resources we have available and make sure officers are visible and accessible whenever you need them.

Plans have been submitted for a West Division HQ in Blackpool that will replace the out-of-date and costly building on Bonny Street. By investing some of the money we have saved so far in a new, energy-efficient headquarters we can give our officers a modern station, fit for 21st century policing, that will save us around £180,000 a year in running costs – money we can reinvest in our police force.

This year we will continue to provide services to people who have suffered from crime. I set up Lancashire Victim Services to provide help in person, over the phone or online to anyone who has been a victim of or witnessed, crime in the county. This is a free and confidential service for anyone who needs it.

It doesn’t matter what the crime was, or when it was committed. You can access information, advice or simply someone to listen and talk to about any worries you may have. Lancashire Victim Services is here with support when you need it when you’re ready for it.

w
m
x
Latest Tweet
Tweet: 👮Andrew believes that policing in #Lancashire needs to be part of the community in serves, with a visible presence… Latest Tweet
@LancsPCC
More tweets from lancspcc 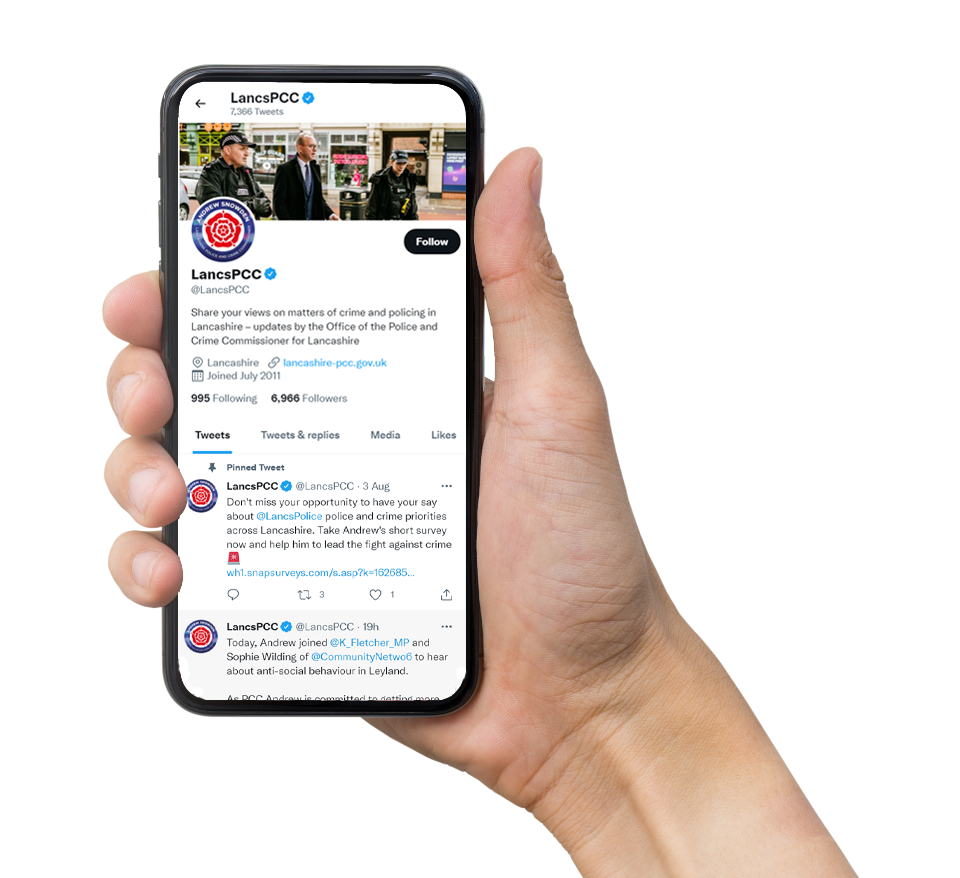 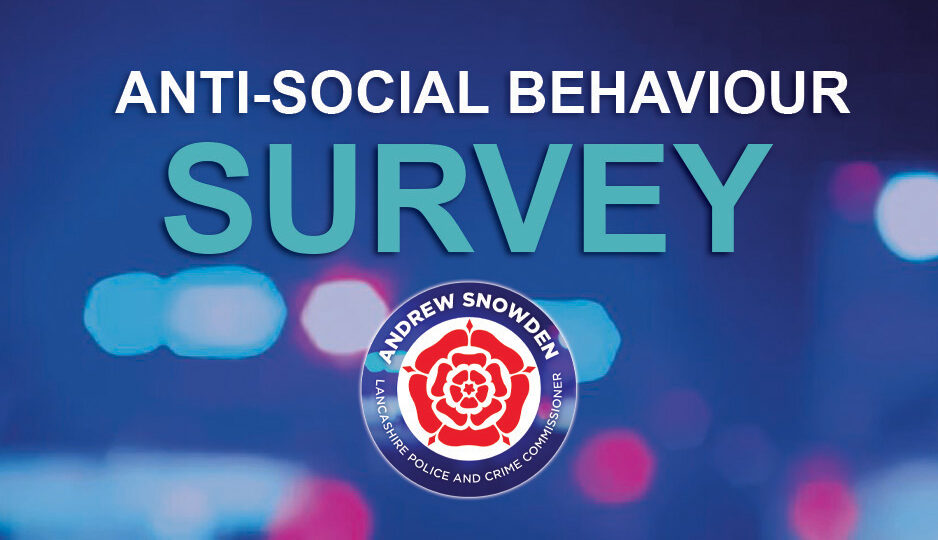 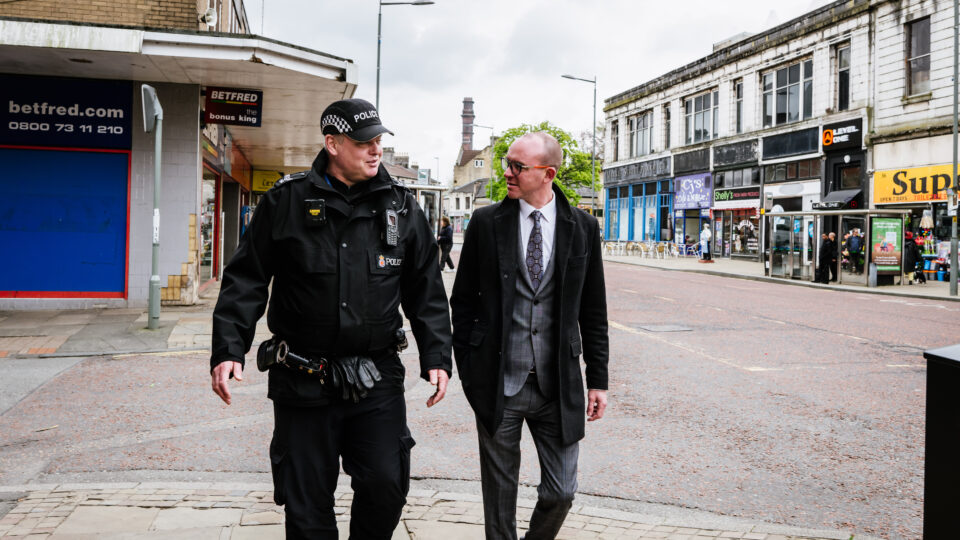 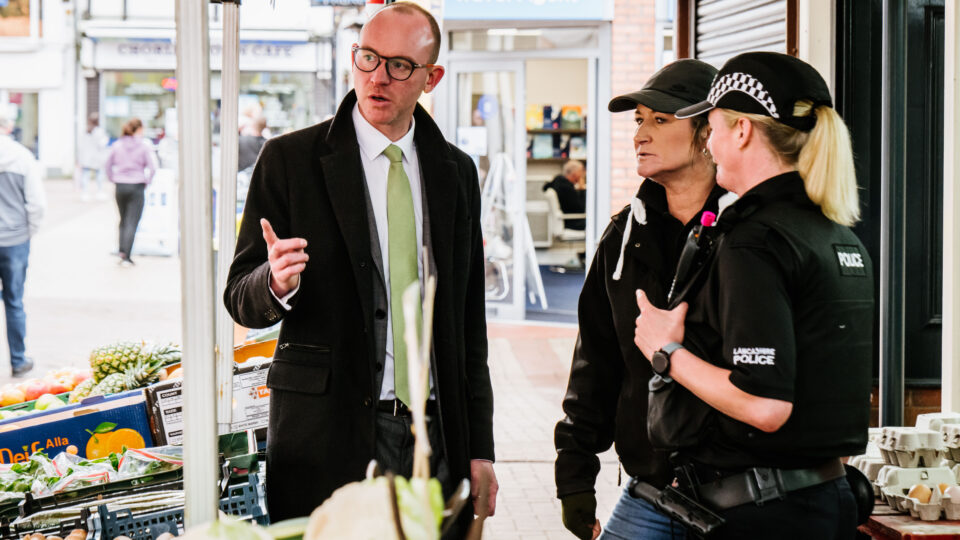 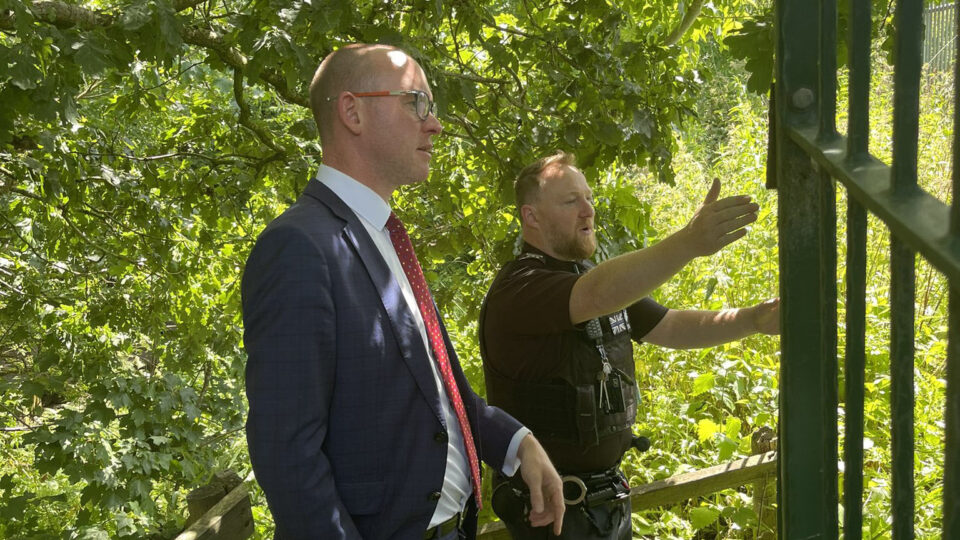