Lancashire’s Police and Crime Commissioner joined dedicated armed response officers on shift, who are based across the county protecting the people of Lancashire from the biggest dangers we face. 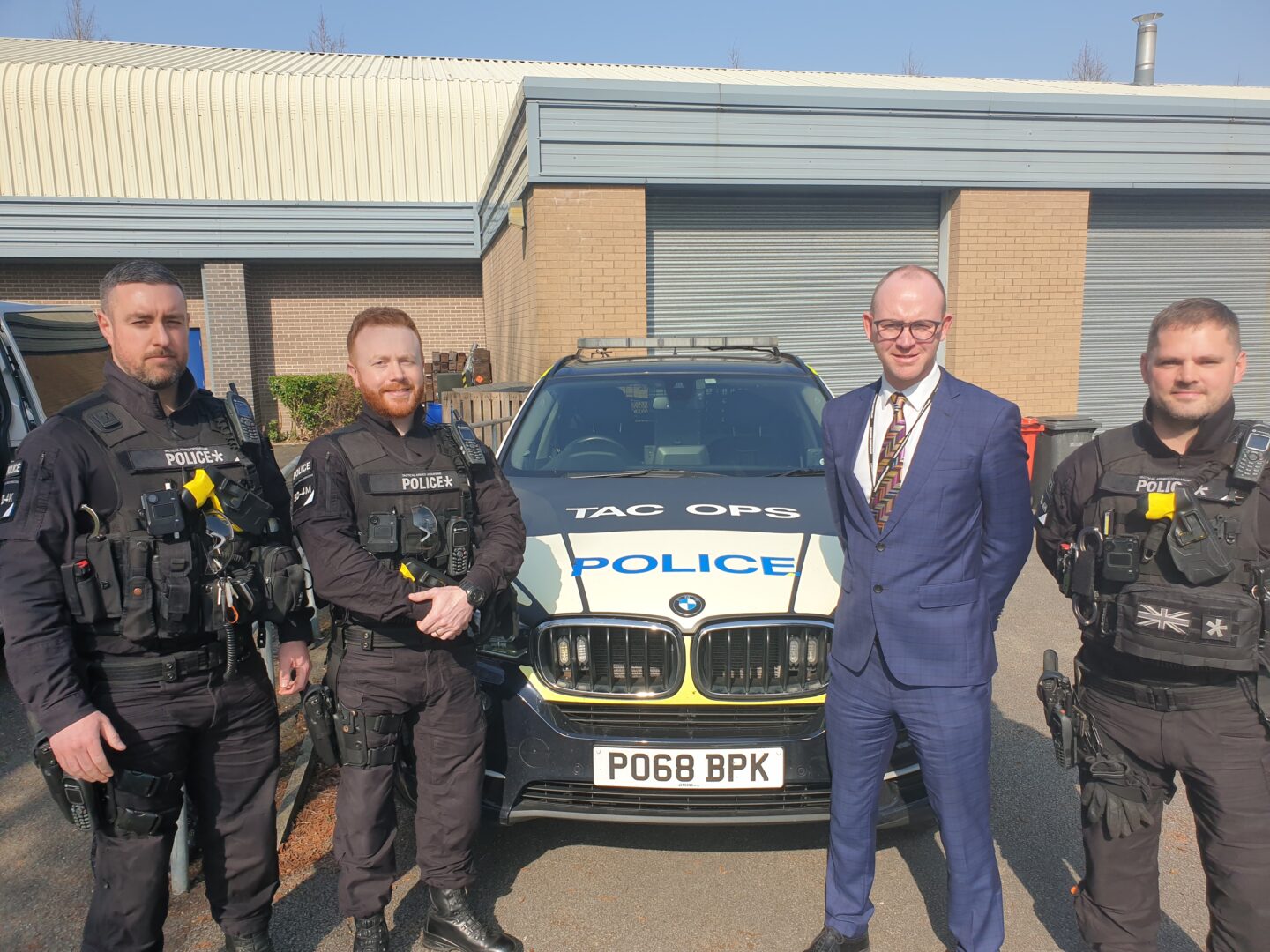 Meeting officers at Police Headquarters in Hutton, the Commissioner was shown the specialist equipment and vehicles used and heard about how they work operationally.

Andrew then joined officers out in the community, as they prepare to offer support to response and neighbourhood officers as required. During the shift the PCC went to several locations as the armed response team supported on warrants for arrest.

He also saw new kit purchased with funding from the Office of the Police and Crime Commissioner last year, to assist when forced entry is required, such as during drug raids.

“Thankfully the need for armed officers to withdraw their weapons is rare and the actual firing of them even rarer, but it is comforting to know we have dedicated, skilled and committed officers ready to protect us all day and night.

“Since becoming Commissioner almost a year ago I have spent a lot of time meeting officers of every rank, from every department to hear for myself how I can support them to deliver the best possible service for Lancashire. This then feeds directly into my conversations with the Chief Constable and his team as I hold the force to account as the publics voice in policing.

“My Police and Crime Plan priorities were developed thanks to input from the public about what is important to them and I’m determined to get it delivered. That’s why I will continue to get out and about with officers and staff across the force, as we work together to get tough on criminals and make Lancashire an extremely hostile place for offenders.”