Over the summer months, demand in the force control room has continued to rise at unprecedented levels with almost 1,500 999 calls alone last Saturday. 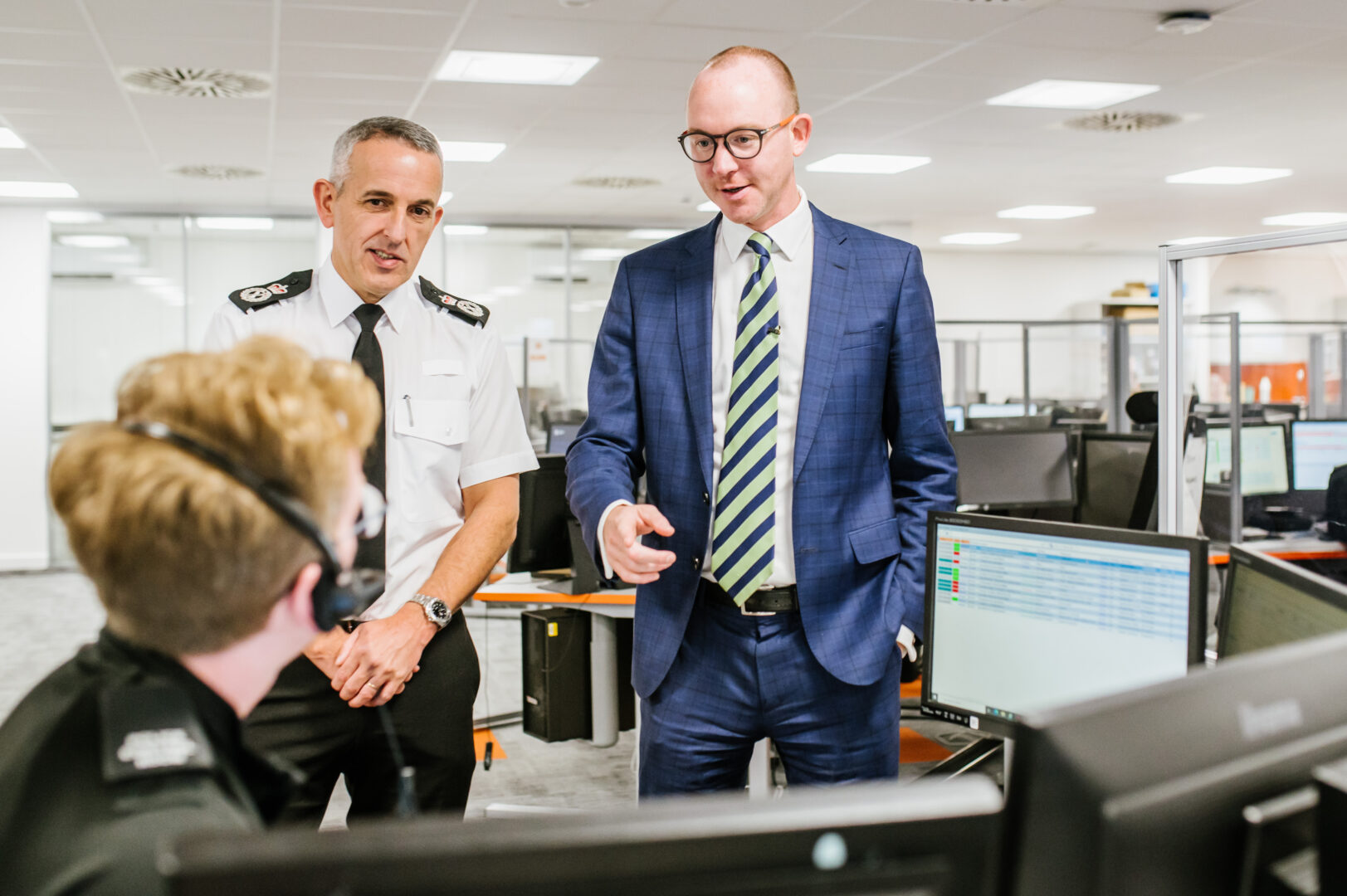 This came during Commissioner Andrew Snowden’s regular in-depth accountability session with Chief Constable Chris Rowley and others from the force’s leadership team.

The meeting sees Andrew holding Lancashire Constabulary to account against the delivery of the Police and Crime Plan, whilst raising issues or concerns brought to him by the public as their voice in policing.

During the session, Andrew also heard how the Constabulary is tackling anti-social behaviour through force wide operations such as Op Propulsion targeting the anti-social use of motorcycles, whilst the use of civil orders such as Community Protection Notices (CPN), Criminal Behaviour Orders to target the most serious and persistent offenders, and civil injunctions have increased by almost 1,000%. There has also been a considerable increase in serious and organised related disruptions, with arrests up by almost 90% and charges up by over 100%.

Huge amounts of partnership working is also underway to combat violence against woman and girls, utilising proceeds of crime to fund undercover operations to reduce the amount of victims and bring offenders to justice.

Speaking after the meeting, Police and Crime Commissioner for Lancashire, Andrew Snowden, said:

“Holding the Chief Constable to account is one of my main responsibilities and these meetings allow us to take an in depth look at what is happening across policing in Lancashire, what’s going well and where we could change things to deliver the best service for the public.

“Whilst it’s vital that we respond to calls for service, we cannot sit back and simply react. I have vowed to take the fight to criminals and I’m encouraged to learn that we are now one of the top forces in the country at disrupting organised crime, which is one of my key priorities.

“We’re also seeing huge successes with Operations like Vanquish with over 1,200 offences detected or prosecuted across the force during a two week operation to target criminal and dangerous use of the roads.

“Protecting the frontline and core services in the face of rising costs and demand is an absolute priority. I have been clear that  a visible presence in communities through bobbies on the beat, makes a real difference, not just to cutting crime but also for increasing public confidence, with the police being  there when the public  need them and  I’m delighted that Lancashire is on track to recruit hundreds more to its ranks.

“The Chief Constable and I are on your side, we want everyone to be able to feel safe wherever they are in Lancashire and as I continue to lead the fight against crime we’ll see more officers on the streets, more neighbourhood officers proactively policing your neighbourhood and more officers able to respond when you need them most.”