Police and Crime Commissioner, Andrew Snowden, has visited one of the new dedicated teams investigating rape and sexual assault across Lancashire, meeting officers committed to bringing offenders to justice and keeping people safe. 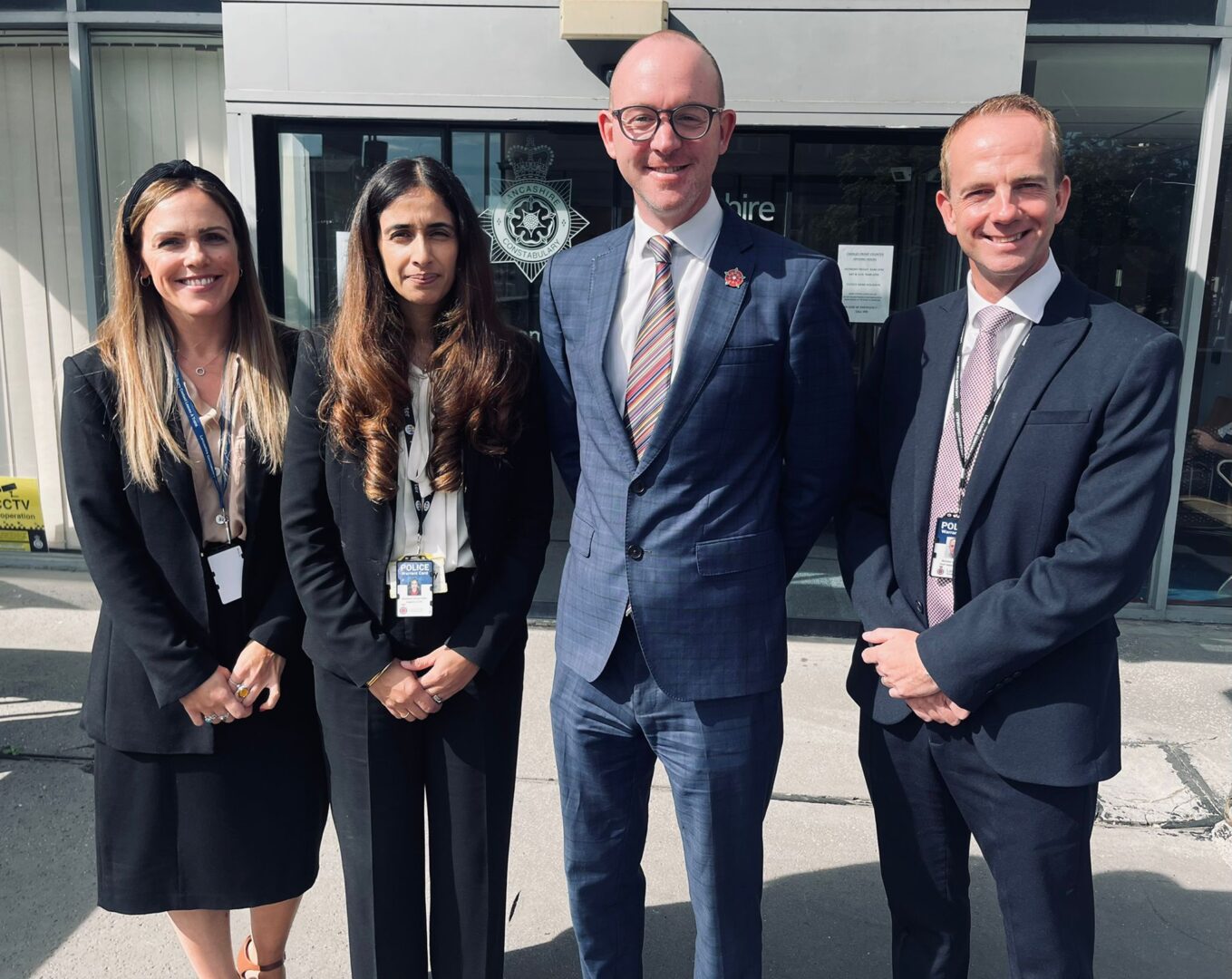 There are three Rape and Serious Sexual Assault Offences (RASSO) teams, with one in each of Lancashire’s policing areas. These teams were created to bring offenders to justice and improve outcomes for victims as part of the delivery of the Commissioner’s Police and Crime Plan priority of tackling sexual violence.

Funding from the Commissioner saw over 40 extra officers join existing colleagues to form the RASSO teams which are playing an important role in delivering Andrew’s key priority around tackling domestic abuse and sexual violence.

Recently as part of his Accountability Board, where the Commissioner holds the Chief Constable and the force’s senior team to account, he held a dedicated session focusing on the Violence Against Women and Girls (VAWG) agenda and how Lancashire Constabulary is working to strengthen the service it provides in tackling this, ultimately, to make the county safer.

Andrew visited the RASSO team covering South Division, based in Chorley, and talked about how the team is already making a positive impact, with a victim focused approach, making our communities safer.

“Sexual violence of any kind is completely unacceptable. I have made tackling rape and sexual violence a key priority in my Police and Crime Plan and my additional investment, alongside the creation of these dedicated teams, is already having a positive impact across the county in bringing offenders to justice.

“I am committed to improving outcomes for victims and driving up conviction rates in the county, with the RASSO teams a key part of the work we’re doing to achieve this. This additional investment will help ensure that victims receive the best possible service from their police force and bring people to justice for these heinous crimes.

While my key priority is to keep people safe and take the fight to criminals, I also believe that we need to provide the best support to anyone affected by rape or sexual assault. As Commissioner I will continue to invest in Lancashire Victim Services to provide specialist, face to face support through their team of Independent Sexual Violence Advisors.”