A new era of safer roads in Lancashire starts this month as work begins to install average speed cameras on the county’s five highest risk roads.The Safer Road Fund programme is a £7.9m investment to reduce casualties on routes identified by the Department for Transport as the county’s historically most dangerous A-roads. 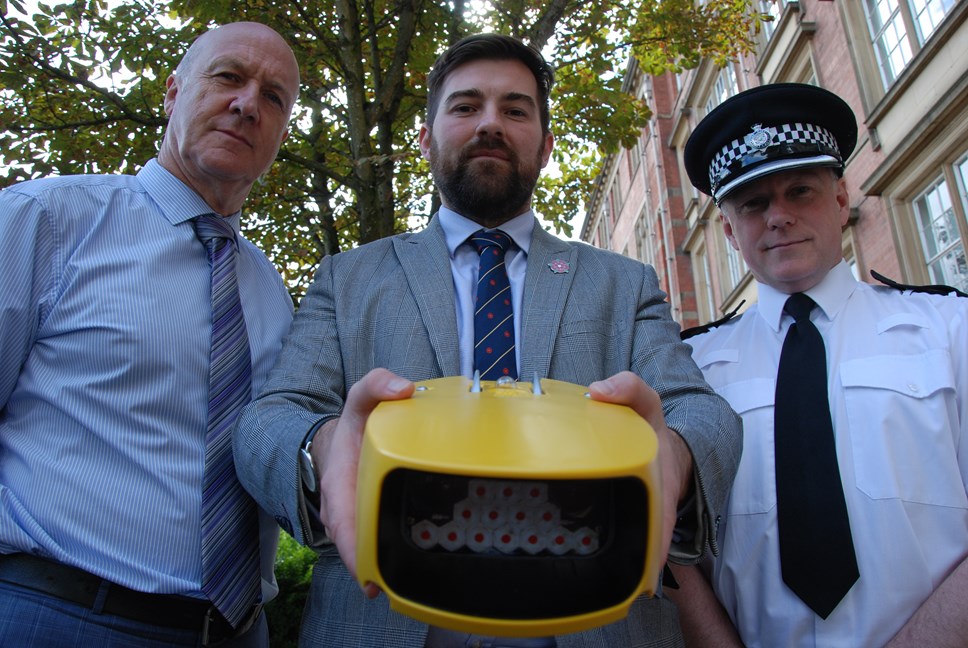 A range of work has already taken place over recent years to improve safety on the five routes by upgrading them with features including LED cats eyes, high-reflectivity road markings and safety barriers.

The average speed cameras will be installed over the next year and become a key tool for the Lancashire Road Safety Partnership to reduce casualties on the county’s roads.

Work began this week to install the cameras on the A581 from Rufford to Euxton, to be followed by the A588 from Lancaster to Skippool in November.

Work will then begin in March to install the cameras on the A682 in the Ribble Valley from Gisburn to the boundary with North Yorkshire at Long Preston.

Some traffic management will be needed for the safety of those working near the roadside while the cameras are being installed, and as work follows to connect them to the electricity supply, however this will be managed carefully to minimise disruption.

Average speed cameras work by reading the number plate of passing vehicles and calculating a driver’s average speed over a known length of road within the same speed limit. This results in drivers maintaining a steady average speed rather than just slowing down when they see a traditional fixed or spot speed camera, delivering safer and smoother traffic flows.

A period of testing will be needed after the cameras are installed before they can be made operational and begin being used by the police to enforce speed limits.

There are currently 8 routes already covered by Jenoptik’s SPECS average speed camera enforcement systems in Lancashire, which were installed in 2017 and 2018. Initial evaluation shows there has been a reduction in collisions of up to 86% on these routes. Jenoptik have also been awarded the contract to install this next phase of average speed cameras.

“The technological advance represented by average speed cameras mean we are now in a position to greatly improve safety over many miles of Lancashire’s historically most dangerous roads.

“These are routes which rely on drivers exercising good judgement, being mainly rural in nature, and with features such as tight corners and junctions where the history of serious incidents over the years have generally been clustered.

“As has already been shown elsewhere, the average speed cameras should be a real game-changer in terms of reducing the number and severity of incidents, and ensuring everyone who uses these roads will be safer, and the communities who live alongside them can also begin to feel safer.”

Andrew Pratt MBE, deputy PCC and chair of the Lancashire Road Safety Partnership, added: “Targeting dangerous drivers is a policing priority across Lancashire and evidence shows that speeding is a major factor in road deaths and serious collisions, with careless drivers putting their own lives and the lives of others at risk.

“This investment is a result of significant analysis by the Lancashire Road Safety Partnership and follows close working with local MPs, councillors and parish councillors who have all expressed their concerns on behalf of local residents and communities.”

Supt Mark Morley, of Lancashire Police’s Tactical Operations, said: “The introduction of average speed cameras in the county has been very successful and helped in the reduction of serious injury and fatal collisions.

“This latest investment is our next stop in helping to increase road safety for all motorists and pedestrians.

“We will continue in our efforts to reduce collisions resulting in death or serious injury, and I am confident using this type of enforcement will play a vital role in achieving these reductions.”

The speed limit is due to be reduced along some sections of the five routes, following public consultation earlier this year, and the proposals being agreed by Lancashire County Council’s cabinet in September 2022.

The Safer Roads Programme in full consists of the following: