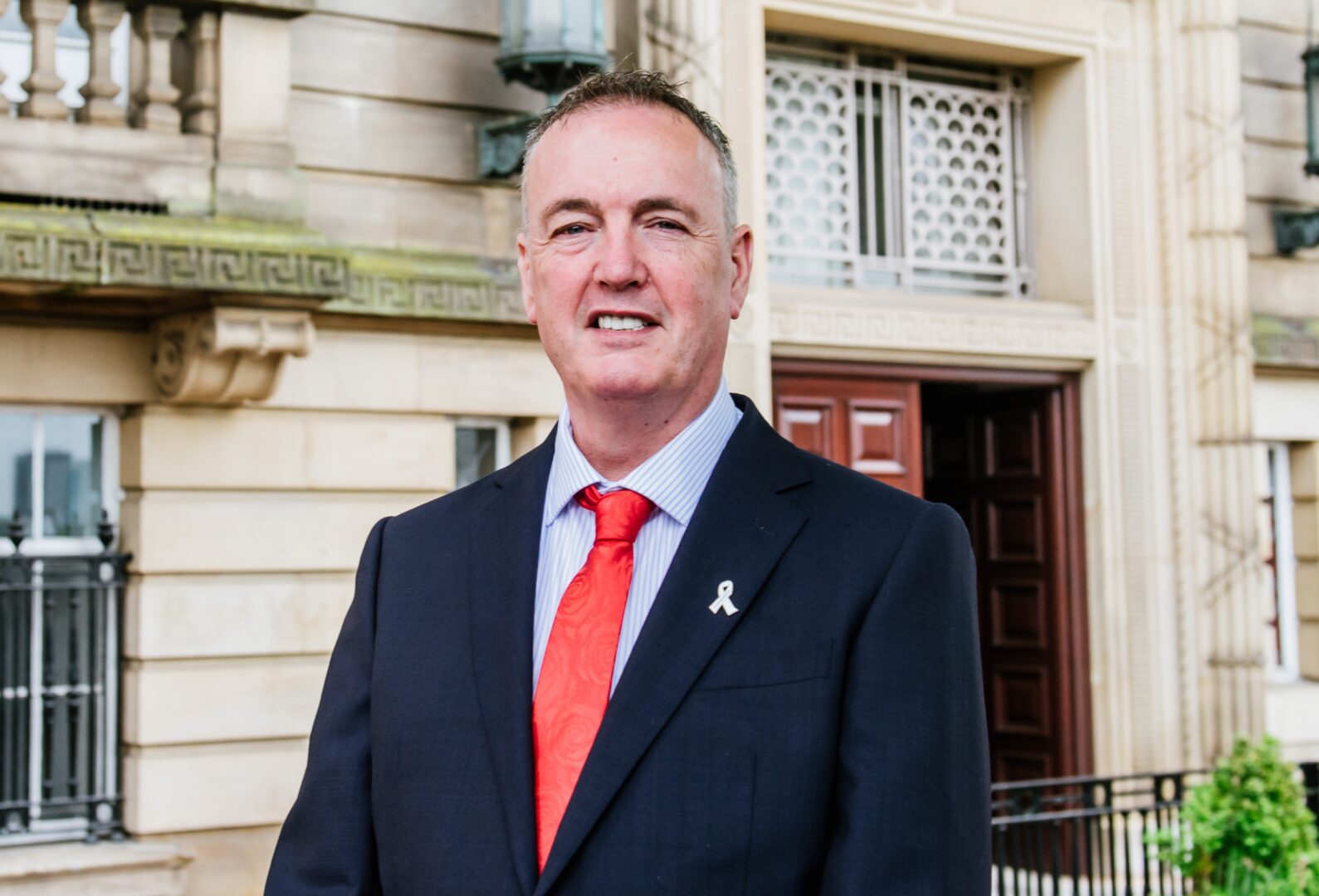 Shopworkers’ trade union Usdaw and community retailer the Co-op have hosted a listening event with Lancashire Police and Crime Commissioner Clive Grunshaw, where retail staff described some of the incidents they have experienced while at work.

All agreed that necessary coronavirus safety measures are a key flashpoint and staff were really worried about contracting the virus when customers don’t follow the rules. Janet, a supermarket worker from Southport, said that verbal abuse had become much worse during the pandemic and convenience store worker Gail from Manchester reported that face coverings caused conflict between customers, which led to staff being abused. Mark from Wilmslow had experienced abuse, drunken behaviour and overcrowding in his store when the pubs closed at 10pm.

Pat from a Liverpool told the meeting that she’s been a taxi driver and worked in pubs, but has never felt scared until working nights in a supermarket. She said work can make you tired, nervous and upset, it affects your home life and you can feel physically sick with worry before a shift. Sam from Whitefield had regular problems in her store with gangs of young lads threatening staff with knives. Jane gets verbally abused every day and was once threatened with a machete.

Vic works in a Blackpool convenience store and like so many shopworkers lives close to store. She’s been told that by abusive customers that they wait for her outside, follow her home or they know where she lives. All wanted higher profile policing around shops and there needs to be consequences for those who threaten, abuse and assault staff.

“As we approach the last shopping week of Christmas, shoppers need to remember to be respectful of shopworkers who are working flat out to meet people’s needs and keep people safe in testing circumstances.

“Whilst Christmas shopping can be stressful, there is no excuse for verbally or physically abusing staff.

“Everyone deserves to go to work in a safe environment, free from the fear of abuse and attacks. Listening to shopworkers’ experiences was a real eye opener and showed how many of us take for granted the conditions that retail staff on the frontline face on a daily basis.

“We have seen in the past few months how hard shop staff have worked to keep food on the shelves, putting themselves in harm’s way to make sure that Britain is fed at a time of national crisis.

“One thing that was apparent from the listening exercise was the importance of reporting threats and abuse to the police. The more data and evidence provided gives police a clearer picture of the issues in our area and enables them to make better informed decisions on where to patrol.

“I would encourage all retail staff to report threats, attacks and abuse using 101, online reporting or if appropriate 999.

“I look forward to working closely with Usdaw and the Co-Op to tackle this important issue and make sure that the public are aware of what shopworkers face each day.

Mike Aylward – Usdaw Divisional Officer says: “It was deeply disturbing to hear the real life experiences of shopworkers at our online listening event, as part of Respect for Shopworkers Week. Our  Lancashire members appreciate the support and concern of Clive Grunshaw PCC and we look forward to working with him to tackle this growing problem.They really highlight the key message that abuse is not part of the job. Usdaw’s latest survey shows that 75% of retail staff have seen an increase in abuse during the coronavirus crisis. Behind that shocking statistic are thousands of working people, who deserve better than verbal abuse, threats and violence and we heard that very clearly.

“Usdaw and the Co-op organised this event to help engage with police and we were pleased to have representatives from across the North West at the meeting. While we continue to work together on the ground to overcome these problems, we need Government intervention. However, the Government has offered little more than sympathy and rejected new legislation to create stiffer penalties for those who assault shopworkers. So we are asking the public to support retail staff by signing our petition to get the issue debated in the House of Commons. Retail staff are key workers delivering the essential service of keeping our communities fed. They deserve to be valued, respected and the protection of the law.”

Jenny Alleyne, Head of Retail Risk Health and Safety at Co-op, said: “Shopworkers play an essential role serving communities, yet they have to contend with unprecedented levels of violence and abuse on a daily basis. As a community retailer we see the impact of social issues in our stores, it affects all retailers and it’s having a lasting impact on the lives of shop workers – both mentally and physically. It should not be part of the job to be verbally abused, threatened or attacked and we’re determined to make sure it isn’t. Everybody understands how challenging 2020 has been but our message remains clear – enough is enough. Abuse and violence against shopworkers should not be tolerated in today’s society and we will do everything in our power to ensure the Government puts greater legal protection in place so our colleagues can feel safer when they go into work.”