Lancashire’s Police and Crime Commissioner has been updating residents and the local MP on the impact of his Fighting Crime Plan, as they joined neighbourhood officers on the beat in Blackpool. 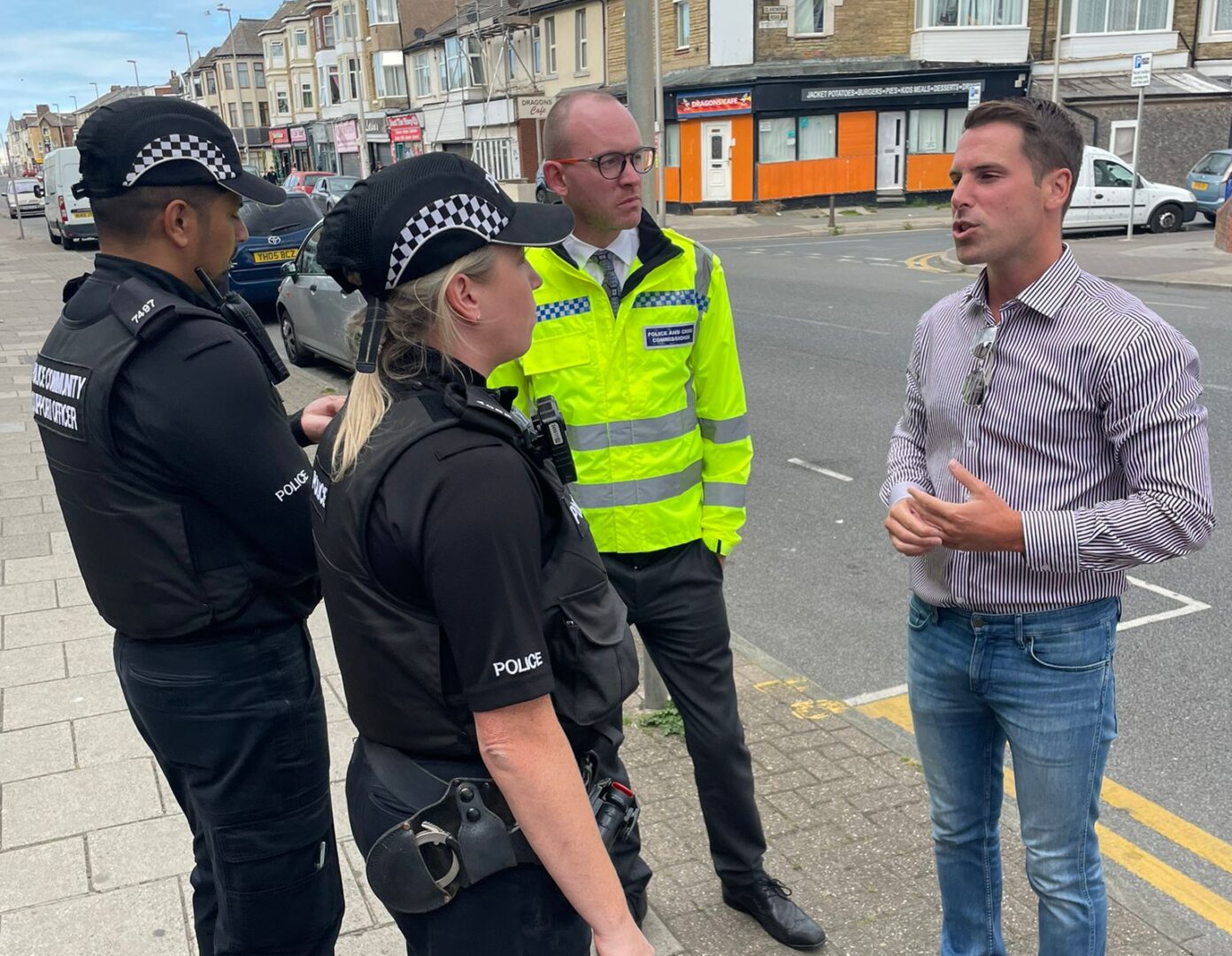 Andrew Snowden met with Scott Benton MP for Blackpool South, three members of the local policing team and members of the community during a visit to South Shore.

They discussed the pressing issues that are being raised with the local policing team, Scott Benton MP’s constituency office and the Commissioner’s team, including anti-social behaviour hotspots, concerns around drug dealing and dangerous driving through the main roads in the area.

This came straight after Andrew joined police in targeted raids against suspected drug gangs as part of Operation Vanquish, one of the key ways Lancashire Constabulary is delivering on his Fighting Crime Plan.

Speaking after the visit to South Shore, the Commissioner said:

“I’d like to thank Scott for inviting me to hear about what his constituents are telling him about policing in this area. Whilst its always concerning to listen to residents talk about how they sometimes feel unsafe on the streets, I was reassured that they are all issues that I have already identified and have been prioritising in my Fighting Crime Plan.

“To tackle these we have already bolstered neighbourhood policing teams dedicated to addressing the local issues that matter to people, are in the process of establishing a specialist anti-social behaviour problem solving team and making additional investment and emphasis on enforcement, making it even tougher for criminals to operate in Lancashire.

“I will continue working closely with partners, elected representatives, and community organisations to deliver what we all want to see, the police in charge of our streets, criminals behind bars and people protected from the criminal activities of the few who blight our towns like Blackpool.”

“It was a pleasure to welcome Andrew to Blackpool to see the progress that our local policing team is making to tackle the crime and ASB problems that blight particular parts of Blackpool.

“The increase in officers we have seen, and the additional £4.8 million funding to smash drugs crime through operation ADDER is making a real difference on the ground in making our communities safer.”