The Police and Crime Commissioner joined officers on Friday (24th September) in Blackburn to tackle anti-social behaviour and address concerns raised by residents. 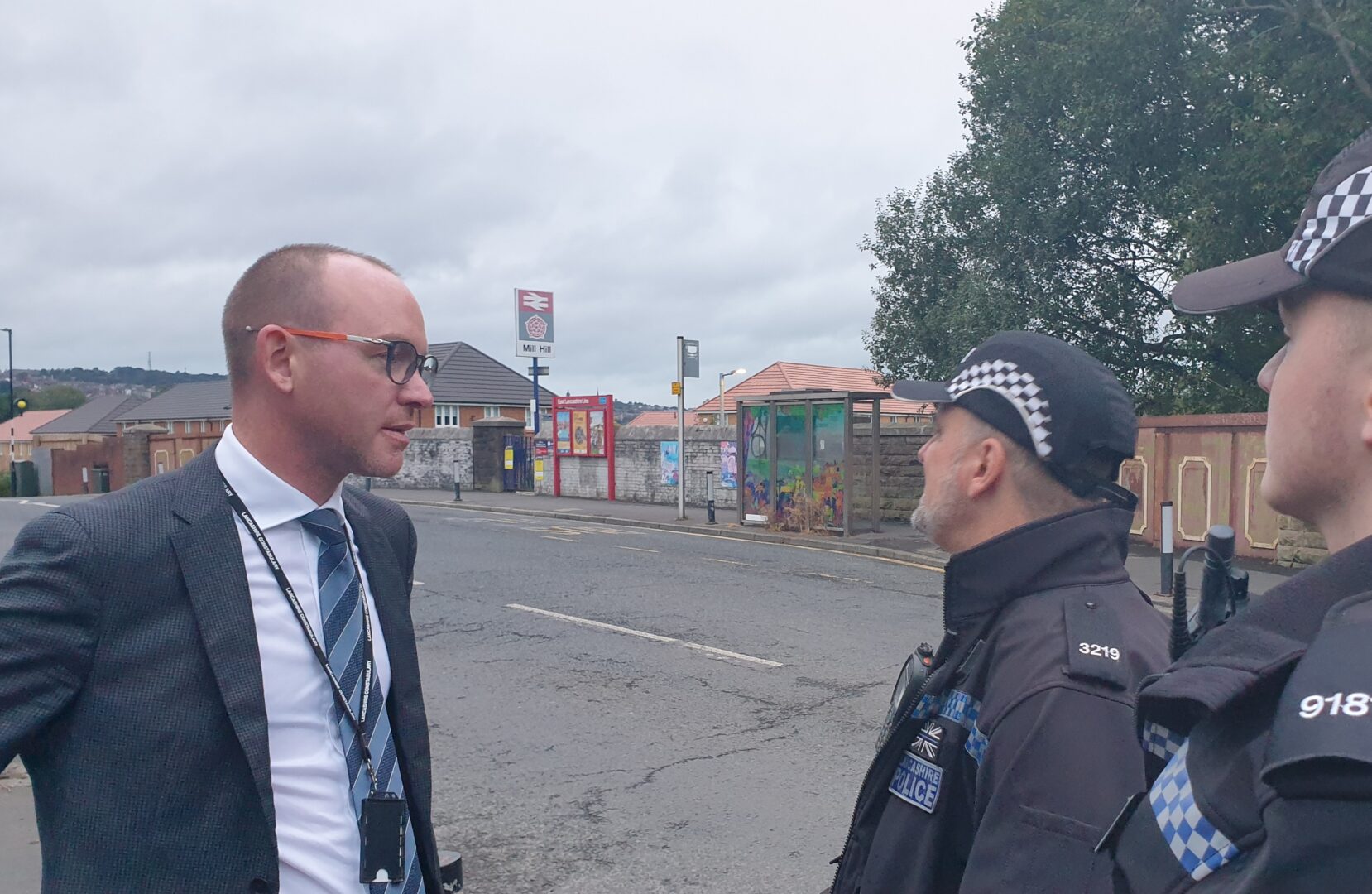 The activity in Mill Hill was launched following increased reports of criminal damage and other forms of anti-social behaviour.

As well as enforcement, officers also looked to engage with young people, check on welfare and help children avoid being led towards anti-social behaviour and other potential offences. The operation was run in coordination with Blackburn with Darwen Council.

Operation Staysafe has been running since 2009, and during this time over 5000 young people have been engaged by officers with a number being taken to a place of safety.

Speaking at the start of the operation Andrew Snowden, Lancashire’s Police and Crime Commissioner, said:

“Members of the public have raised with me both before and after I became Police and Crime Commissioner, their concerns around anti-social behaviour and criminal damage in the Mill Hill area, so I was really keen to get out on this operation and see the multi-agency work being done in response.

“The overwhelming majority of people in Lancashire just want to go about their lives free from crime and the impact of anti-social behaviour, in various forms, can be extremely damaging for those made to suffer through the selfishness of others.

Inspector Scott Boast said: “We know anti-social behaviour is a concern for local communities and action is ongoing to tackle the issue. That includes stepping up patrols in affected areas and working with local organisations like the council to address the problem.  I would urge anyone with any information on anti-social behaviour to speak to a member of the local policing team so we can continue to take action.”