Lancashire’s Police and Crime Commissioner, Andrew Snowden has announced that Waterfoot Police Station will reopen to the public this summer, delivering on his pledge to ensure every borough in the county has at least one front counter service accessible to the local community. 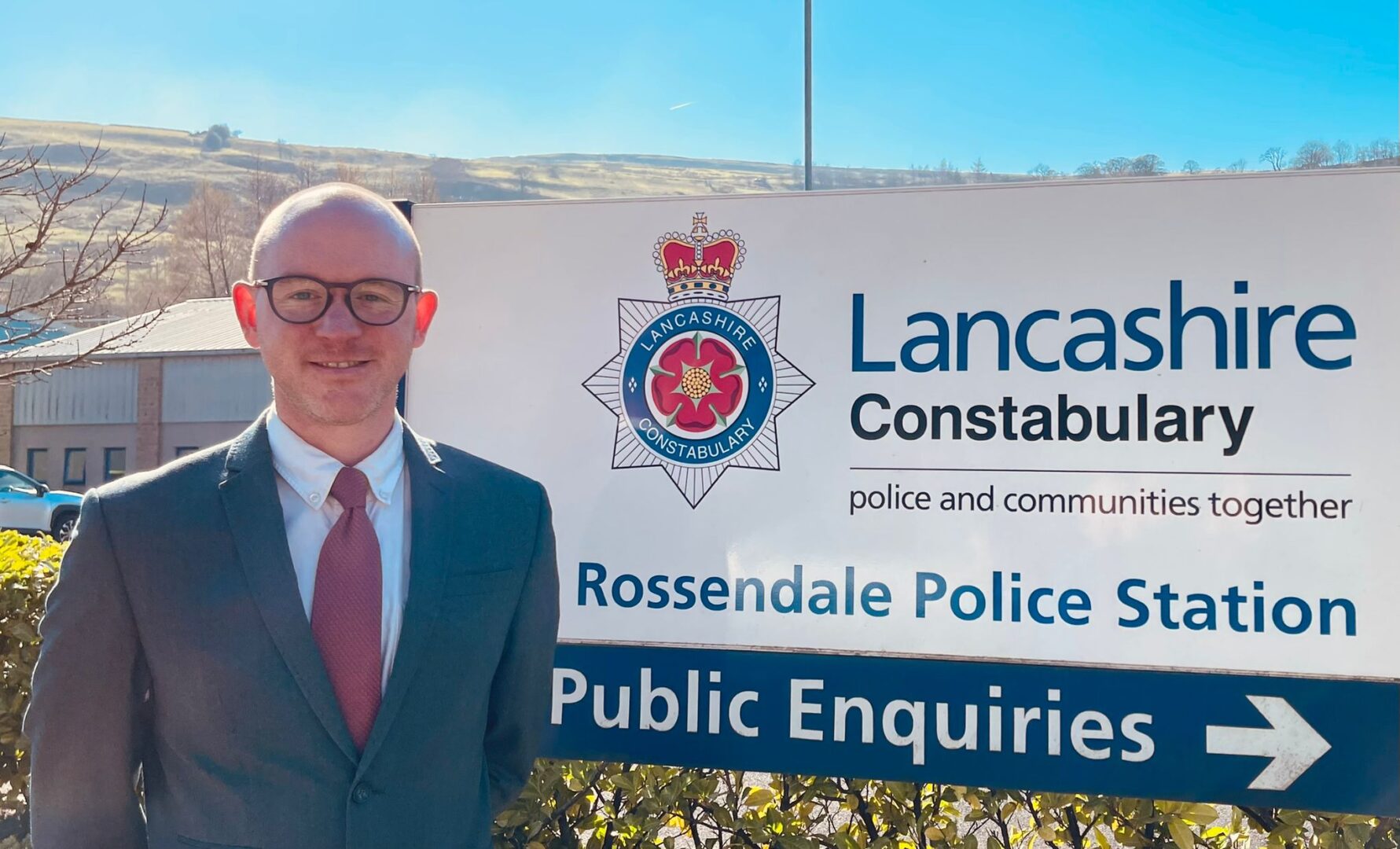 The move follows similar announcements in Ribble Valley, Fylde and South Ribble where the reopened front counters have been welcomed by local residents. Once open, the front counter will operate 9am – 1pm Monday to Friday, with opening hours kept under review based on public demand.

Front Counters are one way members of the public can talk to the police about ongoing policing or crime related issues and report areas of concern – whilst 999, available 24/7, should be used for the reporting of ‘in progress crimes’.

“I believe that policing in Lancashire needs to be part of the community, with a visible presence and open and engaging with local residents.  This is another positive step, alongside investment into the control room to improve 999 and 101 handling, expanding neighbourhood policing teams and the rural taskforces.

“By fully delivering on the pledge I made after I was elected – to ensure there is in-person access to officers in each borough – I am delivering on the priorities of the people of Lancashire when it comes to policing in the county and making sure people are safe and know that Lancashire Police are there when they need them.

“My Police and Crime Plan will see the largest investment into policing in living memory as I lead the fight against crime and make sure offenders know if they operate in Lancashire, there is nowhere to hide and the police will find them.”

Waterfoot front counter closed in 2018, alongside several other front counters across the county as part of a series of cost saving measures.

The police station has remained operational and a date for reopening the front counter service will be announced as soon as the arrangements are finalised.

Chief Inspector Marie Jackson said: “We now have dedicated neighbourhood teams in Rossendale plus we’ve also invested significantly in our force control room, often the first point of contact for many members of the public.

“However, soon we’ll also be able to offer people the option to attend the police station in Rossendale to discuss policing issues in person too.

“Anyone concerned about crime in the area or perhaps experiencing ongoing issues is welcome to use this new service which will be available Monday to Friday, 9am until 1pm.”