Details about decisions made between January 2015 and March 2015

The Commissioner has accepted a tender to provide fuel card services to Lancashire Constabulary.

The Commissioner has accepted tenders from John Macadam & Son Ltd, HB Panelcraft Ltd and James Alpe Ltd for a contract for the provision of Motor Vehicle body repair work and minor mechanical work for vehicles operated by Lancashire Constabulary, for the period 1st February 2015 to 31st January 2017, with the option to extend to 31st January 2019, renewable annually.

RESTRICTED – Information relating to this decision is restricted as it contains information which relates to or includes personal information; financial interests of the Police & Crime Commissioner or any other person or company. It is considered that in all circumstances of the case the public interest in maintaining the exemption outweighs the public interest in disclosing the information. 21/09/2018 This decision has been reviewed and it is now considered suitable for publication due to the length of time elapsed since the decision was taken. 2014-52-vehicle-repair-App-A-1 Decision-No-2014.52

This decision contains information which relates to or includes commercial, financial or business interests of the Police & Crime Commissioner or any other person or company.

The Commissioner has become a member of the Road Safety Trust for the purposes of Lancashire Constabulary joining the National Driver Offender Retraining Scheme.

Procurement of Insurance for the PCC

The Commissioner has awarded the contract for the Procurement of Insurance as per the report presented.

Note: The total premium for the initial 12 months cover is £739,426 and this excludes Engineering Insurance & Inspection, Airside Liability and Motor uninsured loss recovery which are being dealt with separately.

Note: That proposals for motor insured losses and aviation will be the subject of a separate report.

RESTRICTED – This decision contains information which relates to or includes commercial, financial or business interests of the Police & Crime Commissioner or any other person or company.

The Commissioner has agreed:

The efficiency savings, reductions in costs and cost pressures as set out in the report;

On the basis of above and the fixed ratios between valuation bands set by the Government, the PCC’s council tax for each valuation as set out in Appendix B;

The 2015/16 delegated budget for the Constabulary and the office of the PCC;

The Commissioner has approved the allocation of £140,000 from the following funding streams:

Funding has been allocated to the projects and programmes detailed in Appendix A.

There is a balance of £449,385 remaining in the Community Safety & Partnership Fund for allocation against additional community safety activity.

The Commissioner was successful in securing £545,000 from the Ministry of Justice Victims Competed Fund as outlined in Appendix A

Award of a tender for the supply, installation, maintenance and support of digital safety cameras

The Commissioner has accepted the tender and approved Lancashire Constabulary to award the contract for the supply, installation, maintenance and support of digital speed cameras to Cubic Transportation Systems (ITMS) Limited in partnership with Serco Ltd for the period 1st April 2015 (or as soon as possible thereafter) to 31st March 2016 with the option to extend to 31st March 2022

RESTRICTED – This decision contains information which relates to or includes commercial, financial or business interests of the Police & Crime Commissioner or any other person or company

Noted the revenue costs of £74,740 that will be met from the existing revenue budget provision

RESTRICTED – This decision contains information which relates to or includes commercial, financial or business interests of the Police & Crime Commissioner or any other person or company.

The Commissioner, in the Joint Management Board on the 3 March 2015, has entered into a lease agreement with Hydburn Borough Council in relation to 8-10 Broadway

2) Noted the forecast Capital Programme position for 2014/15 as follows:

6) Agreed the addition to the Capital Programme in 2014/15 of £0.126m for the purchase of a digital post room and document management system.

7) Noted that a contribution from Speed Awareness income within the revenue budget of £0.126m will be made to finance the purchase of a digital post system.

8) Agreed the following further additions to the Capital Programme in 2014/15:

9) £0.065m for a proof of concept project for Kelvin Connect to enable the provision of hand held devices investment to be delivered

10) £0.018m proof of concept project for ‘Meganexus’ as part of the Digital Engagement programme

11) £0.030m for the Community Messaging Service within the digital engagement programme

13) £0.357m for the purchase of toughbooks and additional costs of delivering the ‘VDI for Confidential Environment’ project within the previously approved Capital Programme

14) £0.072m for additional consultancy costs for the disaster recovery project

15) Agreed a contribution of £0.695m from the revenue budget in 2014/15 to finance the additions to the Capital Programme

Provision of Victims’ Services in Lancashire

The Commissioner has approved a Lancashire based model (and budget) for the delivery of victims services; and

the progression of a contract from 1st April 2015 for a period of 12 months (with an option to extend up to 12 months) with Victim Support, and in doing so waive the requirement to tender or seek quotations in standing orders relating to contracts on the basis set out in the report. 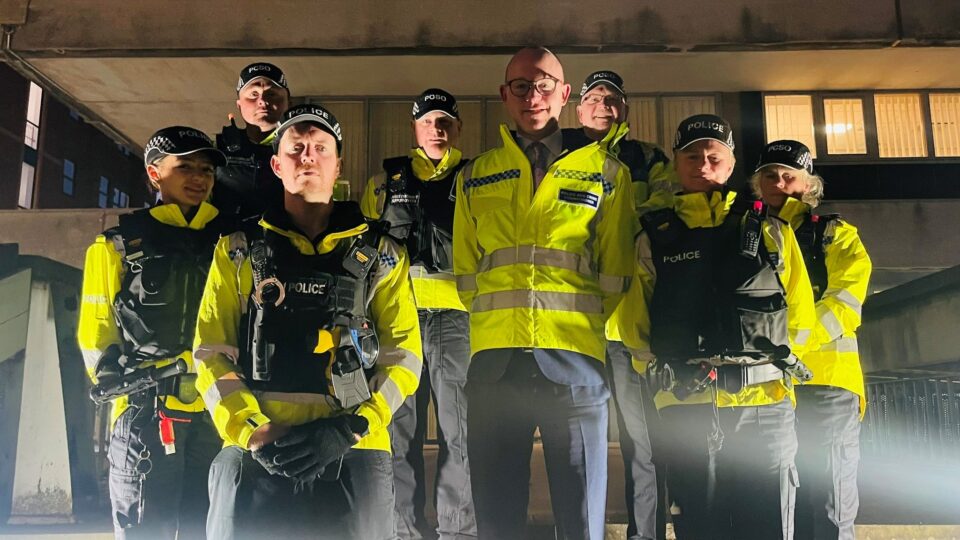 Commissioner out on the beat as officers tackle ASB in Chorley 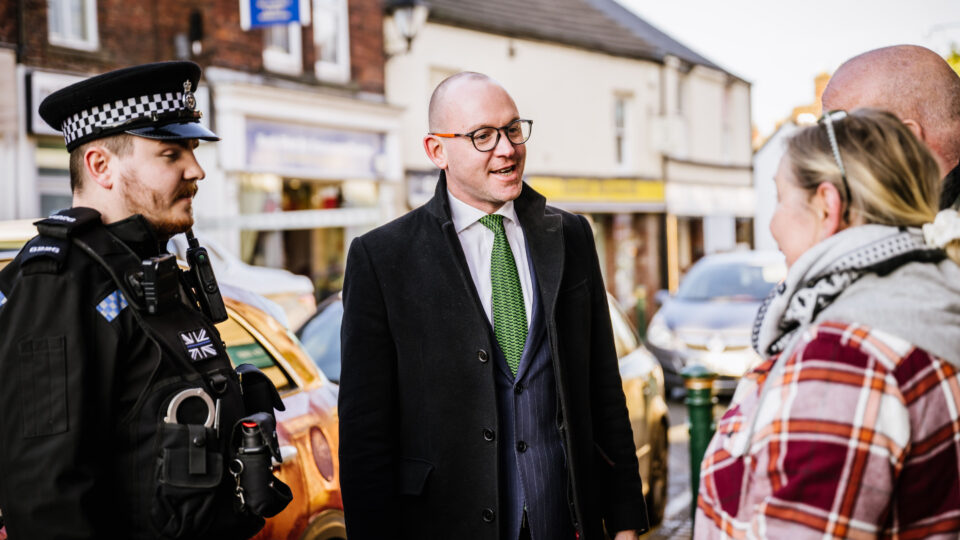 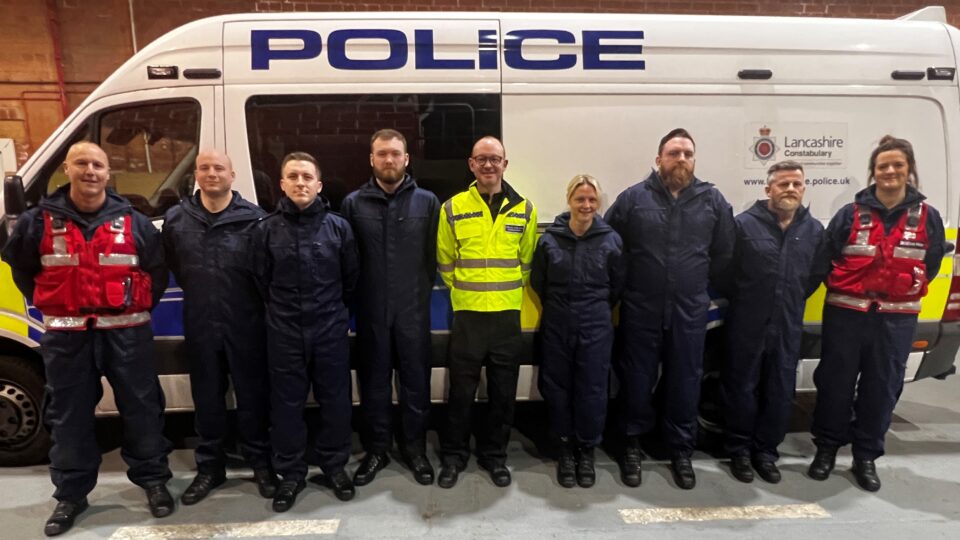 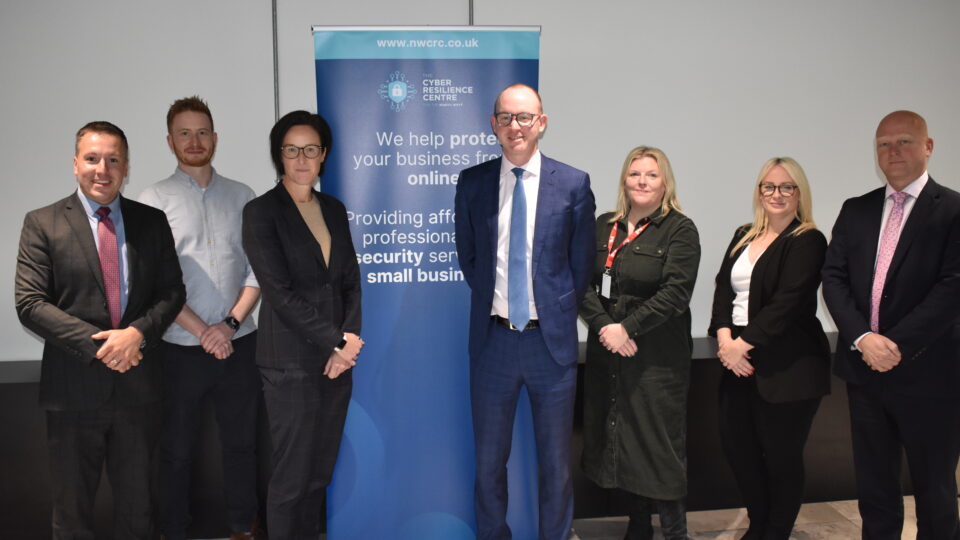