A car being driven on the pavement rather than waiting for the vehicle in front to turn, a van travelling on the wrong side of the road in to oncoming traffic during an overtaking manoeuvre.

These are just two examples of dangerous driving – from more than 1,400 submitted – captured on dashcam which feature in a video montage released by Lancashire Police to highlight Operation Snap. 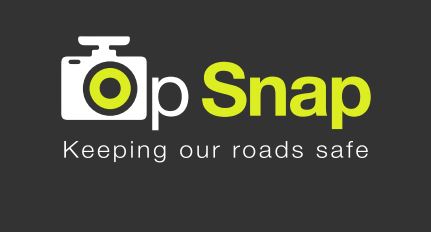 The force, supported by Lancashire’s Police and Crime Commissioner Andrew Snowden, is continuing to tackle anti-social driving offences through Operation Snap, which is a streamlined and secure online portal where members of the public can upload digital footage of suspected traffic offences which they have witnessed.

Since its launch towards the end of last year, more than 1,400 submissions have been made by the county’s road users as Lancashire Police and the public work in tandem.

Using that footage, Lancashire Police have been able to take positive action in 58% of cases.

Potential evidence of dangerous driving, driving without due care and attention, careless driving, using a mobile phone when driving, not wearing a seatbelt, going through red lights and crossing solid white lines in the road, are just some of the instances recorded.

Andrew Snowden, Lancashire’s Police and Crime Commissioner said: “I’m really pleased to see the successful rollout of Operation Snap continuing to make our roads safer and see those breaking the law and putting others in danger, rightly punished.

“We are seeing many dangerous drivers receiving sanctions from official warnings all the way through to court summons, thanks to submissions through Operation Snap.

“It shows the public want to see those driving at high speeds, anti-socially or carelessly with no regard for others stopped and challenged.

“As I continue to support Lancashire Constabulary in delivering strong, proactive policing that targets dangerous drivers and delivering my Police and Crime Plan, my Deputy Andy Pratt MBE, now Chair of the Road Safety Partnership, is bringing together partners to make sure we work together and share best practice. It’s only by doing so that we will ultimately make our roads safer and save lives.”

Superintendent Mark Morley of Lancashire Police’s Tactical Operations Division, said: “This is an innovative approach to keeping our roads safe.

“Lancashire Police have worked very hard to set up Operation Snap to allow people to report offences of anti-social driving.

“There is new and more widely used dashcam technology available which can be used to support, educate and in some cases prosecute people who commit offences on our roads.

“This is utilising the eyes and ears of the public and we have seen a significant increase in reports from the public via Operation Snap.

“We appeal to everybody to drive safely and be considerate to other road users.”

The public are urged to read fully the extensive question and answer section (FAQs) on the police force website (Lancashire Constabulary – Op Snap Public Submission Of Dashcam Footage FAQs) before uploading digital material, and to remember the following:

• The secure form is for traffic offences, it is NOT for submitting footage of road traffic collisions, any other offences or for parking issues.

• The car registration number of the offending vehicle must be clearly visible.

• The public should be prepared to sign a witness statement and possibly give evidence in court.

• Statements for OpSnap can only be accepted from persons aged 18 or over. If you are under 18 the incident should be reported by email to 101@lancashire.pnn.police.uk