The county’s Police and Crime Commissioner is backing Lancashire Constabulary’s work to tackle knife crime, at the start of a week of action.

Operation Sceptre, running from 17 to 23 July 2017, is a national campaign targeting knife crime and those who carry knifes.

Lancashire Police and Crime Commissioner Clive Grunshaw said: “Knives are deadly weapons and time and again we have seen the tragic impact on people’s lives as a consequence of them being used.

“I completely back Lancashire Constabulary’s involvement in keeping our streets safer during national knife surrender week. Carrying a knife is illegal and you will be arrested and prosecuted if you are caught with one. If you own a dangerous knife please take this opportunity to get rid of it safely and anonymously.

“Reducing crime and re-offending is a key priority in my Police and Crime Plan and national drives like this can help us achieve this here in Lancashire. When rolled out across the county the knife surrender week will help make Lancashire’s streets safer and this has to be a good thing.”

While knife crime in Lancashire is no worse than many other parts of the country, we are keen to stress that any incident involving a knife could have tragic consequences and destroy lives.

Chief Inspector Mark Baines, of Lancashire Police, said: “Too many families have been affected by knife crime with even one person being stabbed being one too many. The consequences of carrying and using a knife can be devastating and potentially life-threatening.

“I would appeal directly to people that if you know someone who is carrying a knife, don’t keep silent. Report it.

“The law is simple – it is illegal to carry a knife, even if it belongs to someone else.

“Anyone who is found carrying a knife and is intending to use it as a weapon – even in self-defence can be arrested, go to court and receive a police record or even a prison sentence of up to four years and an unlimited fine.”

“Knife bins are being used at eight police stations in Blackpool, Burnley, Preston, Skelmersdale, Morecambe, Fleetwood, Greenbank Blackburn, Chorley and Colne, during the surrender where people can hand in any knives. They need to be safely wrapped in tape and newspaper before putting in the bins. If anyone is in possession of a knife and is unsure what to do about it, I would urge them to take this opportunity to dispose of it anonymously and safely.”

Officers will also continue to carry out test purchase operations to ensure that retailers are not selling knives to people under the age of 18.

CI Baines added: “Lancashire Constabulary has a zero tolerance policy toward possession of knives in public and we take reports of knife crime very seriously. We will act on all intelligence received in a bid to prevent people losing loved ones and to detain those who intend to commit acts of violence using knives.

“If you have information about the possession of knives or offensive weapons or criminal activity relating to this type of crime, make a report online via the Lancashire Constabulary website.

“You can also anonymously report information to the independent charity Crimestoppers on 0800 555 111.” 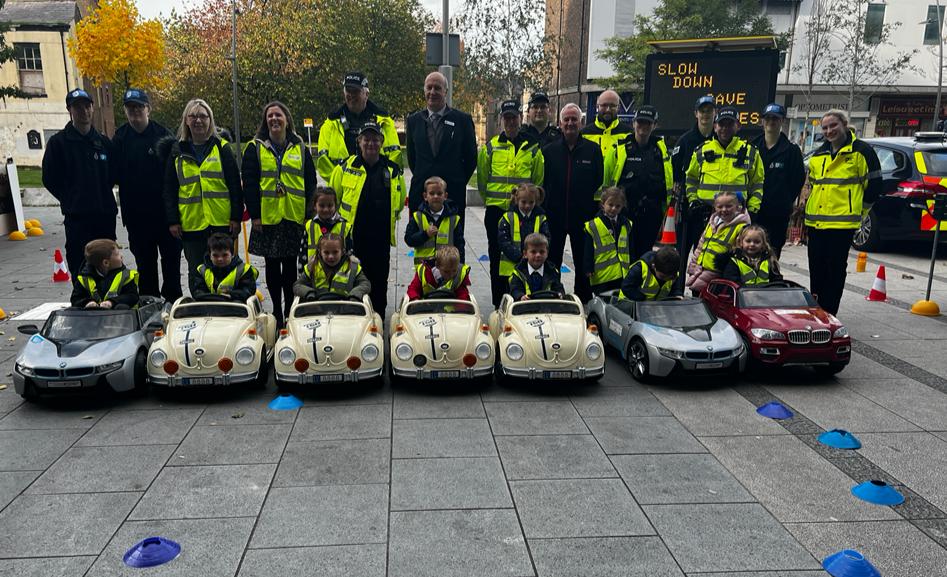