Lancashire Police and Crime Commissioner Clive Grunshaw has paid tribute to the efforts of officers after a gang of drug dealers were jailed for a total of over 60 years.

A great example of the excellent work being done

Operation Kaleidoscope targeted a Merseyside based organised crime group (OCG) known to drug users in Blackpool as “Scouse Macca”. The members of the group were responsible for supplying class A drugs heroin and crack cocaine within Blackpool.

Clive Grunshaw, Lancashire’s Police and Crime Commissioner, said, “This is a great example of the excellent work being done by Lancashire officers to keep drugs off our streets and out of our communities. These people were responsible for bringing a huge supply of class A drugs into the Blackpool area.

“This operation has led to 15 dangerous drug dealers being locked up for a total of 66 years. I hope this sends a clear message to those who are getting involved in drug crime that the police have the resources, skills and determination to crack organisations like this and bring their members to justice.

“The public should be re-assured that this type of high level investigation work is taking place. While it is not always visible it is happening and achieving real results like those we have seen in court today. I want to pay tribute to the hard work and determination of Lancashire investigators that have helped bring down this ring of dealers.”

The “Scouse Macca” OCG supplied their customers through the use of a single main telephone number that users would associate with the group and called to order drugs. During the course of the operation the mobile phone spent the vast majority of its time in Liverpool.  After placing an order for drugs through the ‘Macca’ number the buyer would be directed to a location to meet with the ‘Runner’ who would then supply them with drugs.

The judge sentenced on the basis of there being a very conservative estimate of 18,000 deals during the 144 day conspiracy and the ‘Macca’ phone receiving on average of 357 calls a day to buy drugs.

Main OCG member John Paul Hodson was the controller of and the person in possession of the ‘Macca’ phone. He was jailed for nine years.

The investigation also showed that Trevor Pollard was the right hand man of Hodson and the courier of drugs and cash between Liverpool and Blackpool and that at times he would be in possession of the ‘Macca’ phone. Pollard was given eight years plus another year for Proceeds of Crime Act offences.

The ‘Macca’ phone would accept and make an enormously high volume of phone calls throughout each day. The process the OCG would use is that, the ‘Macca’ phone would receive phone calls from customers ordering drugs, a call would then be made to the OCG middle man based in Blackpool. The middle man would then contact the Runner who in turn would meet with the customer and deal drugs to them in return for cash.  The Operation identified that control of the runners in the Blackpool area was facilitated by a middleman, this middleman was Ben Fraser who originated from the Merseyside area. Fraser would ‘sit off’ at various addresses and direct runners either via telephone or in person from the address he was occupying.

The OCG used numerous ‘runners’, mainly locals and on occasions the ‘runners’ would use drivers to transport them around so they could meet their customers.

The operation also identified that the OCG used a ‘safe house’ at 17 Cheltenham Road, Blackpool. This was the home address of Terrence Pollard. The cash was collected and stored here and when the drugs were brought over from Liverpool by Hodson and Trevor Pollard, they would initially be stored here.   Ben Fraser was seen to visit this address regularly to drop off cash and restock with drugs that he would then pass onto the ‘runner’ to supply.

The operation concluded on the 16th December 2015 with numerous search warrants being conducted in Lancashire and Liverpool.  At the home address of Hodson some 308 individual wraps of heroin was recovered along with cash, phones and other items.  These drugs were packaged into ‘street’ deals and were ready to be taken back to Blackpool where the OCG would have supplied them onto our streets in Blackpool.

Sixteen people were charged with conspiring together to supply crack cocaine and heroin in Blackpool between the 1st August 2015 to the 16th December 2015.  Eleven of those pleaded guilty at Preston Crown Court and five pleaded not guilty.

The trial went ahead in February at Preston Crown Court and lasted four weeks.  Four out of the five defendants were convicted of Conspiracy to Supply class A drugs.

Detective Chief Inspector Becky Smith, of Blackpool CID, said: “I am really pleased with the sentences which follow a long and complex investigation into this OCG and its activities.

“This operation has dismantled a gang responsible for the supply of hundreds of thousands of pounds worth of Class A drugs, namely Heroin and Crack Cocaine, into Blackpool. Their activities brought misery to those addicted to drugs and their loved ones.

“That these people have now been removed from our neighbourhoods is down to the determination and professionalism of the staff of Lancashire Constabulary in pursuing and bringing to justice organised criminals who blight our communities.

“Whilst this investigation refers to activity over 12 months ago, this remains a real priority for both us and our partners who are working closely together to tackle organised criminality.

“I ask the public for their continued support in reporting information so that we can continue to keep our neighbourhoods safe and free from the activities of these gangs.

“Lastly, my message to those engaged in this sort of criminal behaviour is that we will not tolerate it in Lancashire and if you are involved in that type of activity, we will find you and put you before the courts.”

Terence Pollard, 61. Owner of Cheltenham Road safe house. Convicted of conspiracy to supply heroin and crack cocaine. Seven and a half years. 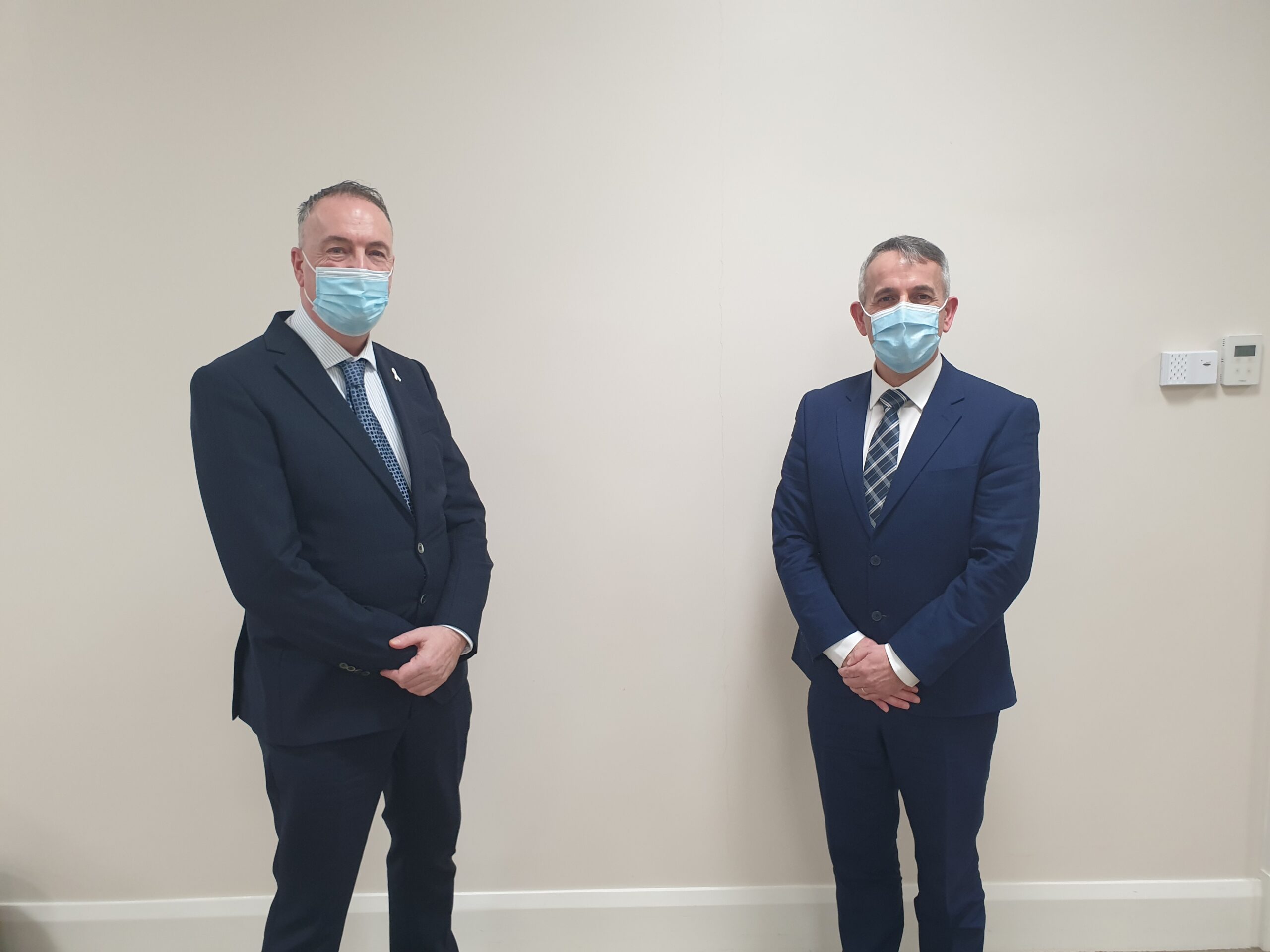 Commissioner announces his preferred candidate to be next Lancashire Chief Constable