Lancashire’s Police and Crime Commissioner met with local representatives from the National Farmers Union (NFU) alongside officers from Lancashire Constabulary to discuss the main rural crime issues in the county – as a national report highlighted the cost to rural communities. 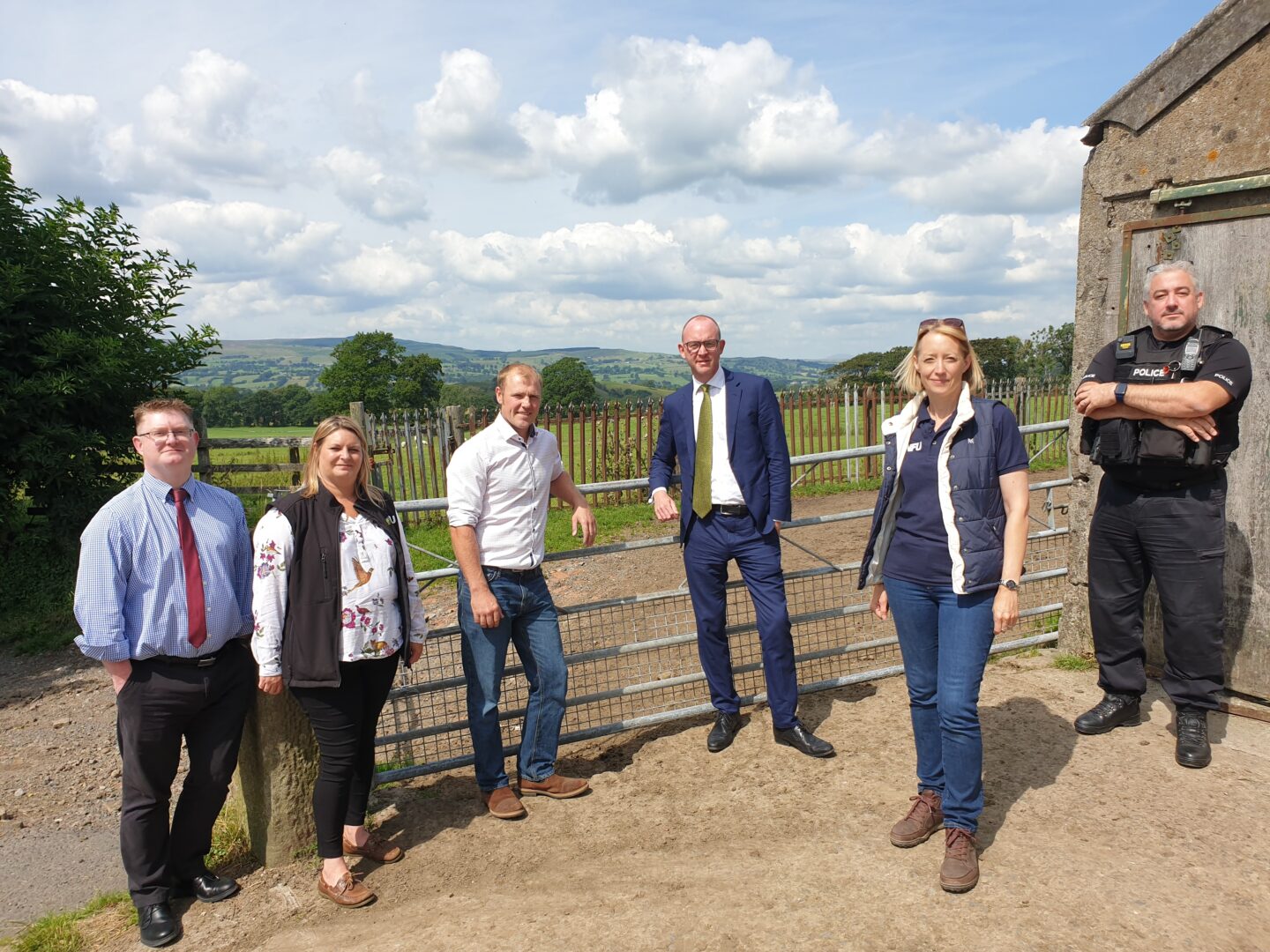 Andrew met with the NFU’s County Advisor for Lancashire, Liz Berry and other representatives, the Wildlife, Rural and Heritage Officer Lorraine Ellwood and local rural officers. They were hosted by a local farmer in the Ribble Valley who also gave an insight into the challenges he faces due to rural crime.

They discussed the main issues being raised by rural communities, the work that Lancashire Constabulary is already doing to tackle the issue of rural crime and Andrew’s commitment to strengthening the work that rural task forces and the force as a whole can do to get tough on crime in rural areas.

Andrew also highlighted his commitment during the election that saw him become Police and Crime Commissioner earlier this year, to ensure policing is balanced across the county so all areas of Lancashire can have confidence that officers will be there when they need them.

The meeting coincided with the release of a report from NFU Mutual, which highlighted some of the trends seen in rural crime during the past year, including issues around fly-tipping, theft of quad bikes and other equipment and an increase in cyber crime targeting farmers and other members of rural communities.

It also highlighted Lancashire as one of the most affected counties in terms of the cost of rural crime, estimated at over £1.3m in 2020.

“It’s been really useful to hear more about the types of crimes that our rural areas are facing and how Lancashire officers are working hard to crack down on criminals who think they can exploit more remote areas. We’re sending a clear signal to anyone involved in criminal behaviour, wherever in the county that may be, that we’re coming for you.

“Rural crime can destroy lives and livelihoods and as Commissioner, I will be supporting the force’s dedicated rural policing teams to take an increasingly proactive approach that takes the fight to the criminals and protects the people of Lancashire.

“My message remains a simple one, I am on your side. I will support the force in cracking down on criminals, making sure all of Lancashire’s areas and communities, from more rural areas to our largest cities, feel safe and work with the Chief Constable on the issues that matter to people, such as anti-social behaviour and getting tough on reoffending.”