Andrew Snowden, Police and Crime Commissioner for Lancashire, visited rural areas in West Lancashire to join a patrol with the area’s dedicated rural taskforce and meet farmers who live in the area. 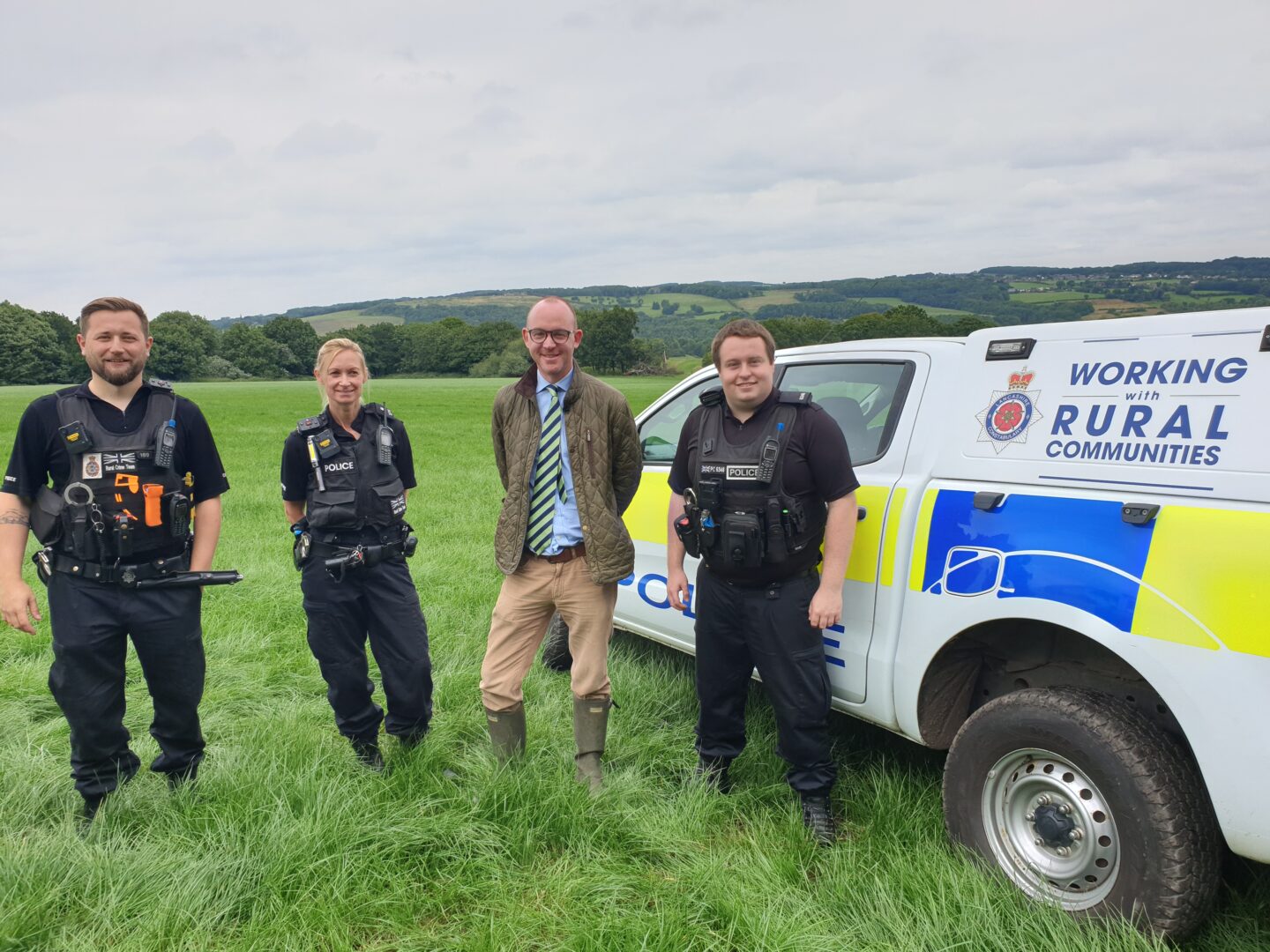 Andrew with members of the rural task force in West Lancashire

The Commissioner joined the South Rural Taskforce as they patrolled some of the rural areas surrounding Ormskirk and Burscough, hearing from officers about the challenges they face from rural crime and the successful work they have already done in just five months since the taskforces were created.

He then visited a West Lancashire farm where a number of local farmers and partners including the RSPCA had the opportunity to discuss issues around rural crime, and ask the Commissioner what he would be doing to support the rural taskforces and rural communities in general.

The rural taskforces launched earlier this year with 20 officers dedicated to tackling rural crime, engaging with the community, and understanding their concerns.

“It is clear from talking to the number of farmers from across West Lancashire that came to meet with me, the toll that rural crime can take, through the negative impact on their livelihoods and the mental strain that comes from being targeted by criminal gangs and even threatened.

“However, it is heartening to hear the impact that the new rural taskforces are having by being dedicated to serving rural communities and addressing their unique policing needs. I am determined to build on this progress as I develop my Police and Crime Plan and look at future investment into rural policing.

“This is all part of my commitment to the people of Lancashire that all of Lancashire’s areas and communities, from more rural areas to our largest cities, feel protected. I will be working closely with the Chief Constable on the issues that matter to people, such as anti-social behaviour and getting tough on reoffending, as I lead the fight against crime in Lancashire.”

Sgt Darren Carr from Lancashire Constabulary said: “The introduction of the Rural Task Forces has made a significant impact on our rural communities.  In the south of Lancashire alone the team has seized 152 stolen vehicles, machinery and plant to a value of approximately £785,00 and 57 offenders have been prosecuted. One of the prosecutions resulted in Criminal Behaviour Order being imposed on a male who had caused misery for farmers of West Lancashire and Merseyside for years.

“Not only was he convicted of a number of animal cruelty related offences but he has been banned from the area protecting the rural communities from further offences. It is encouraging to see the Police and Crime Commissioner’s commitment to rural policing and we look forward to building on the success of the teams in order to make our rural communities safer.”