Lancashire’s Police and Crime Commissioner, Andrew Snowden, joined Burnley response officers to talk to them about how he can support their vital work as Commissioner to keep people in the town safe, and went into the community on patrol to get an insight into the pressures the force faces. 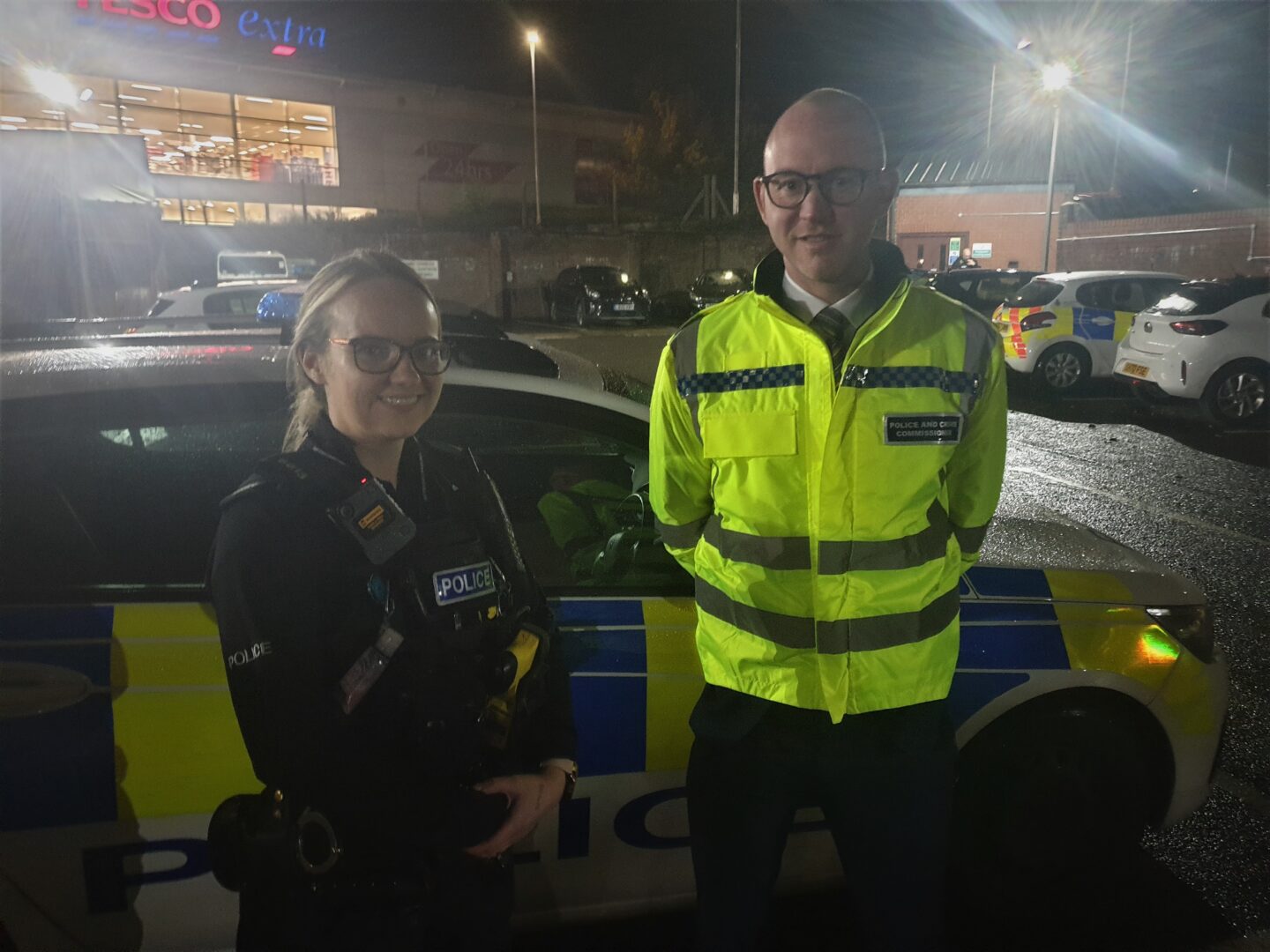 Meeting officers at Burnley Police Station who were working on the response team, Andrew was briefed on some of the current challenges that the team is facing such as non-crime demand, key issues such as domestic abuse and the night-time economy and how policing has adapted since the end of restrictions that have been in place during the pandemic.

He also went on patrol in the area in a response car, seeing the constant pressures and demand on the policing service that officers deal with around the clock.

“Since becoming Commissioner I have committed to visiting each police station, each policing team and each department across the force to understand how I can best support the vital work being carried out every day to keep the people of Lancashire safe.

“The drive and determination from officers is clear everywhere I go in the force and I will do whatever I can to ensure they have the resources to get tough on crime and address the issues that matter to people such as anti-social behaviour, criminal gangs and serious violence.

“I want the overwhelming majority of law abiding citizens to know that I am on your side. As I lead the fight against crime here in Lancashire, I will make sure there is no place for criminals to hide.”