Andrew was visiting Blackpool’s West Division Police Headquarters when information about the drugs warrant was received and he swiftly joined officers at the scene where over £150,000 worth of drugs were seized.

Criminals had bypassed the electricity meter with clear signs of not only endangering the household itself but also adjoining properties on the same street.

PCC Andrew Snowden said: “I’m really pleased to see drugs taken off our streets and, more than that, to see organised crime gangs disrupted in their activities.”

“It’s clear that these activities are dangerous and that the people involved have no regard for the safety of local residents.”

“I will continue to work alongside the Constabulary to tackle organised crime and to bring criminals to justice.”

Insp Cara Leadbetter from Lancashire Constabulary added: “We know that the activities of drug dealers can have a dramatic effect on communities and this is part of our ongoing commitment to taking drugs off the streets.

“I would encourage residents with any information or concerns about drugs to contact us so we can continue to gather intelligence and take action.”

The warrant was executed under the Misuse of Drugs Act at a property on Cheltenham Road, Blackpool and around 150 cannabis plants were found inside the property. No arrests were made at the scene but enquiries are ongoing. 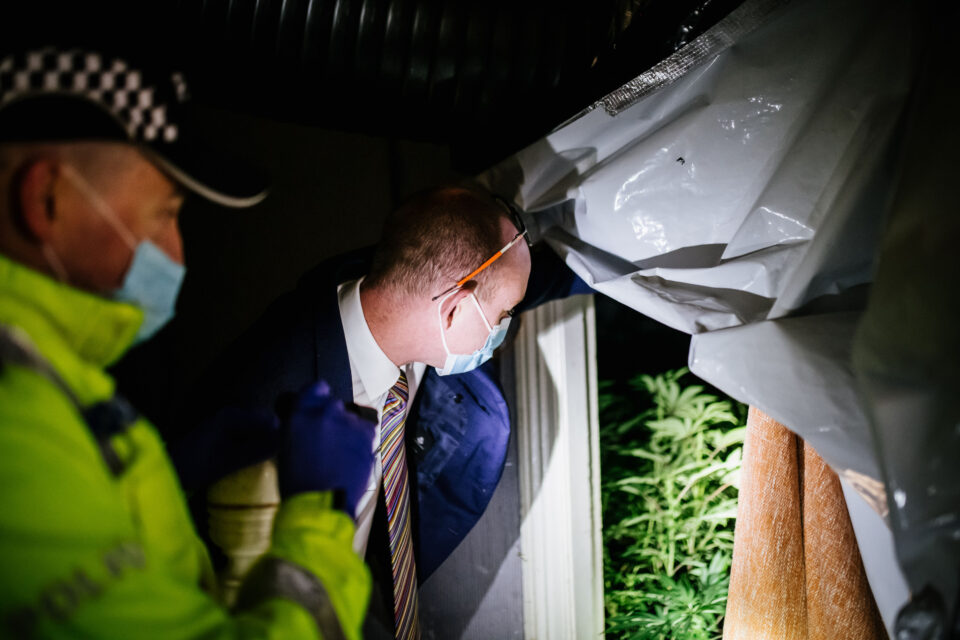