Lancashire’s Police and Crime Commissioner Andrew Snowden has met with Chief Constable Chris Rowley and members of his Chief Officer Team as he continues holding the force to account. 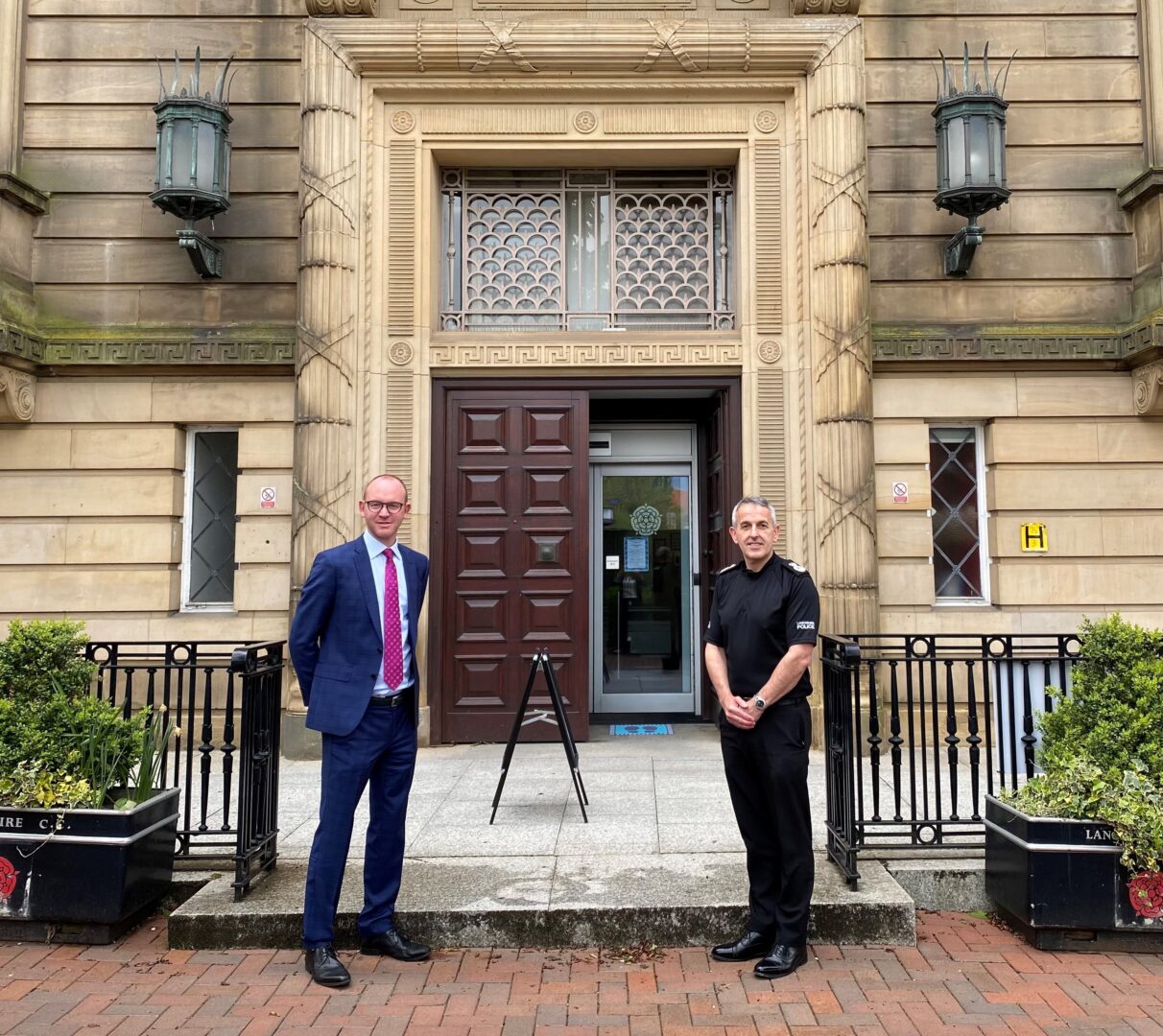 As part of this regular scrutiny session, Andrew and his Deputy, Andy Pratt MBE heard about the issues that officers are tackling and how officers are dealing with them. Just one example of the work being done to get tough on crime was how in a year, over 5,000 cars were seized by officers in just six months this year, in relation to potential offences.

Specific topics discussed included pressures on the service, demand in relation to response to mental health crises, road policing, recent reports of an increase in spiking incident and public order policing, particularly in relation to the disgusting attacks on police officers during the bonfire night period.

Following these incidents, the Commissioner gave his full backing to the Chief Constable in tracking down the perpetrators and bringing them to justice.

Mr Snowden interrogated reports provided by Lancashire Constabulary including force performance data and how they are delivering on the issues that matter to people such as cracking down on anti social behaviour and criminal gangs.

“Scrutinising the work of the Chief Constable and the force is an absolutely crucial part of my job as Commissioner, acting as the peoples voice in policing and representing them in meetings like this is something I am really passionate about.

“The robust conversations we have in these meetings and work that comes out of them is dedicated to really getting to grips with what Lancashire Constabulary is doing to get tough on criminals and keep people safe. By working together we can make a real positive impact on policing within the county and make our communities safer, something that we all want to see.

“It is also really important when we scrutinise the work the police are doing that we recognise the real positive effect that policing has in Lancashire. With over 5,000 vehicles seized in the last year alone, I hope that this sends out a clear message that officers will not be afraid of acting if they suspect someone of committing crime, and will hit them where it often hurts the most – their pockets.”