Commissioner feels the heat from petrol bombs at riot training

Lancashire’s Police and Crime Commissioner, Andrew Snowden, was recently trained and then live fire-bombed alongside other Public Order officers as he joined them for elements of their refresher training. 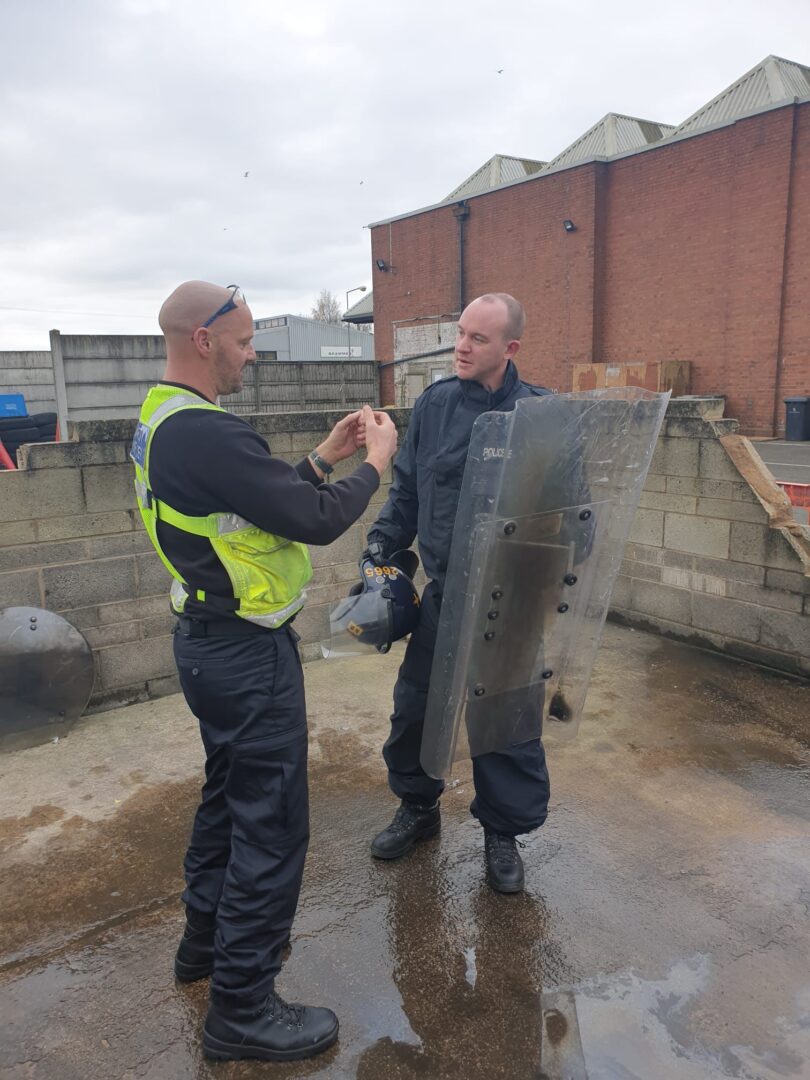 As Andrew pushes to take the fight to criminals he knows this will mean Officers facing danger more often as an increased number of crime-targeting operations are carried out. He is determined to experience and understand the dangers front line Officers face in fighting crime and maintaining law and order the best he can. So, to that end, he decided to join Public Order officers in being trained for one of the biggest risks they face –  being firebombed on deployment in a public order setting.

This follows the Commissioner joining front-line officers on a number of drugs raids across Lancashire, joining tactical operations officers on forced entry training and walking the beat in anti-social behaviour hotspots. He is  committed to best understanding the risks officers can face so he can better support them in his role as Commissioner, working with the Chief Constable on the budgets and priorities for the Force – looking at investment in equipment and infrastructure to support the front line.

Whilst some of the scenarios practised by officers during the training are, thankfully, rare, others such as managing and dispersing crowds, preventing disorder and ensuring large scale events are safe for the overwhelming law-abiding majority, are utilised regularly. Preparing for any type of threat means officers here in Lancashire and if required by other forces elsewhere in the country, are trained and ready to keep themselves and the public safe.

He said: “I take my position as Commissioner, and the decisions I am required to make as I support Lancashire Constabulary in keeping people safe, extremely seriously. That is why since getting elected I have been visiting different policing teams and wherever possible, experiencing for myself the type of work they do.

“I have nothing but admiration for the courage of our officers and the way they out their own safety at risk for others. It was humbling to train alongside some of them, and experience the feeling of facing danger as they often do, even in a controlled environment.

“Some of the tactics I’ve experienced are used on a regular basis and some, such as responding to petrol bombing, are thankfully rare. However it is vital that officers know how to react to a wide range of scenarios, under extreme pressure, and still keep themselves and others safe.

“As I lead the fight against crime here in Lancashire, I will continue to work with the Chief Constable to ensure officers have the training and equipment they need to deal with any threat.”

“It was a pleasure to have the PCC attend Public Order Training and observe the tactics, and provide some context to the variety of events officers have to be prepared to face in their duties to protect the public.”