Commissioner backs campaign to tackle violence against women and girls

Lancashire Police and Crime Commissioner Andrew Snowden is backing the national ‘Enough’ campaign to tackle violence against women and girls. 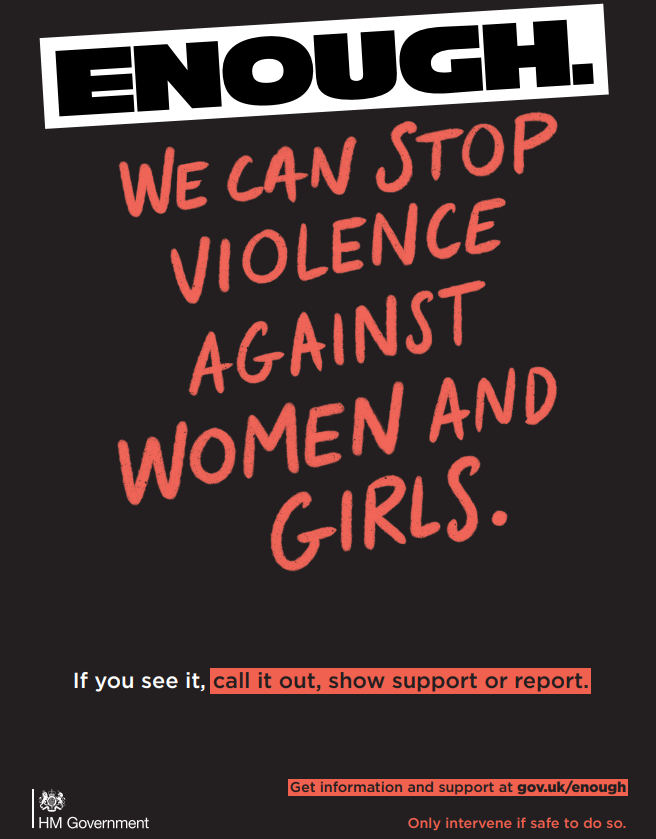 Launched by the Home Office, the campaign will use television adverts, billboards, social media and radio advertising to highlight and challenge different forms of violence against women and to encourage people to stand up and speak out when they witness abusive behaviour.

The campaign aligns with local priorities set out in the Commissioner’s Police and Crime Plan for Lancashire – tackling domestic abuse and sexual violence, and will run at the same time as changes set out by the Commissioner will start to come into force.

Commissioner Snowden said: “It’s great to see a national campaign that delivers on the aims set out in the Government’s Violence Against Women and Girls Strategy and backs the priorities set out in my Police and Crime Plan.

“I have already committed funding to recruit 40 additional officers to establish a new, dedicated rape and sexual offences team and through Lancashire Victim Services I continue to ensure that specialist, face to face support is available for victims of domestic abuse, rape and sexual violence.

“In addition I have funded Operation Night Guardian which was launched in December to focus on safety in the night-time economy and tackle drink spiking to ensure Lancashire residents can safely enjoy a night out.

“Any form of violence against women and girls is clearly unacceptable and the changes happening locally, together with the country wide campaign will make a real difference.”

As part of the ongoing work to tackle violence against women and girls people in our county, people are also being urged to anonymously flag areas where they don’t feel safe via a national online tool called StreetSafe. The project aims to identify areas that need improving and make the streets safe for everyone, and to also identify areas where there are fears surrounding anti-social behaviour and environmental issues.

Further information about the campaign is available at gov.uk/enough. Anyone affected by crime in Lancashire can access support through Lancashire Victim Services.